Once I post on a topic, I keep my eyes open to the latest articles about it, both to update my own knowledge and to pass along to others. Here are a few highlights from 2017.

Regarding my posts on osteoarthritis and arthroscopic knee surgery (published 3/14/16, 10/5/16, 10/8/16, and 5/27/17), there is good news. A summary of multiple studies on runners shows that recreational running is protective against osteoarthritis of the knee. In fact, the incidence of this progressive, debilitating condition in regular runners is just one-third that seen in non-running, sedentary folks (3.5% versus 10.2%, respectively). The news isn’t all good, however: In competitive runners who log lots of miles, the incidence of knee osteoarthritis is actually higher than in non-runners (13.3% versus 10.2%), and nearly four-times that seen in recreational runners. So, the answer appears to be moderation. Shoot for roughly 30 minutes of running, no more than three days a week, and be sure to include some short, higher-intensity training as well. Although the latter places more stress on the knees, the aerobic benefits are amazing! Remember, most injuries (to the knee and elsewhere) occur from improper alignment and form breaks. When running, don’t forget the hamstrings! To lessen the chance of injury, incorporate a series of static and dynamic stretches before and after workouts. (Don’t buy the hype downplaying the benefits of stretching. This applies only to elite, competitive athletes looking to shave tiny fractions off their personal bests.) 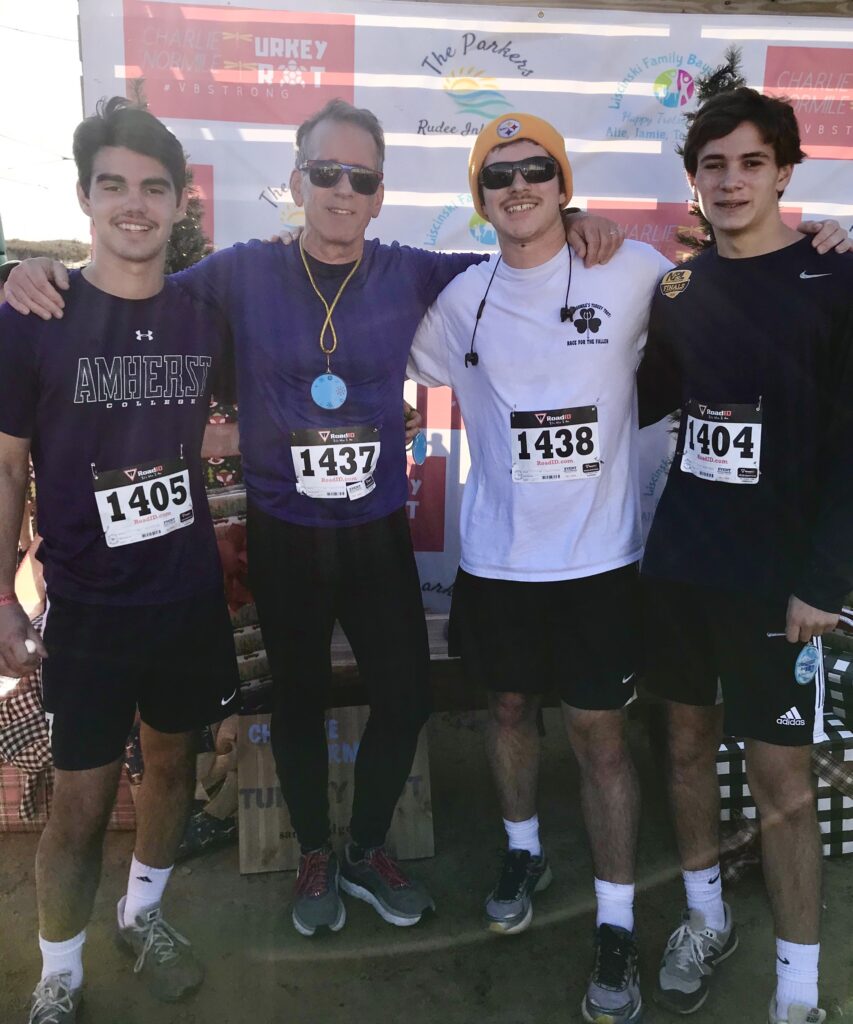 But what if you’re overweight and hate running? Well, there’s still good news. A New England Journal of Medicine study of obese, older Americans found performance benefits across the board when incorporating weight loss and exercise. Investigators compared 4 groups: weight management with aerobic exercise, weight management with resistance training, weight management with both, and no intervention (i.e. continuing a couch-potato lifestyle). The study incorporated moderately obese individuals (average body mass index 36.3, indicating that patients were on the order of 40 to 50 pounds overweight). The weight management goal was a 10% loss over 6 months. Exercise sessions lasted 60 minutes, 3-times per week. Study participants were out-of-shape at baseline, and most had trouble negotiating stairs or walking more than 50 feet. Results were based on the performance of a standardized physical function test that included simple maneuvers such as standing from a chair, walking a flight of stairs, or picking a penny off the floor. You get the idea—the participants were not “athletes.” Even so, marked gains were made by each of the groups compared with the no-intervention group. Not surprisingly, the combination of both aerobic and resistance training worked the best overall, with resistance training working better to improve strength and aerobic training working better to improve oxygen consumption. Both worked equally well for weight loss. The take home message is that it doesn’t matter if you’re old or if you’re obese; everyone benefits from weight loss and exercise. It should be noted that the gains achieved far outperform those associated with pharmacological interventions. Americans don’t need more medicines; they need more motivation! And there’s no time like the New Year to get started. Resolve to walk more, climb more stairs, and eat better in 2018. 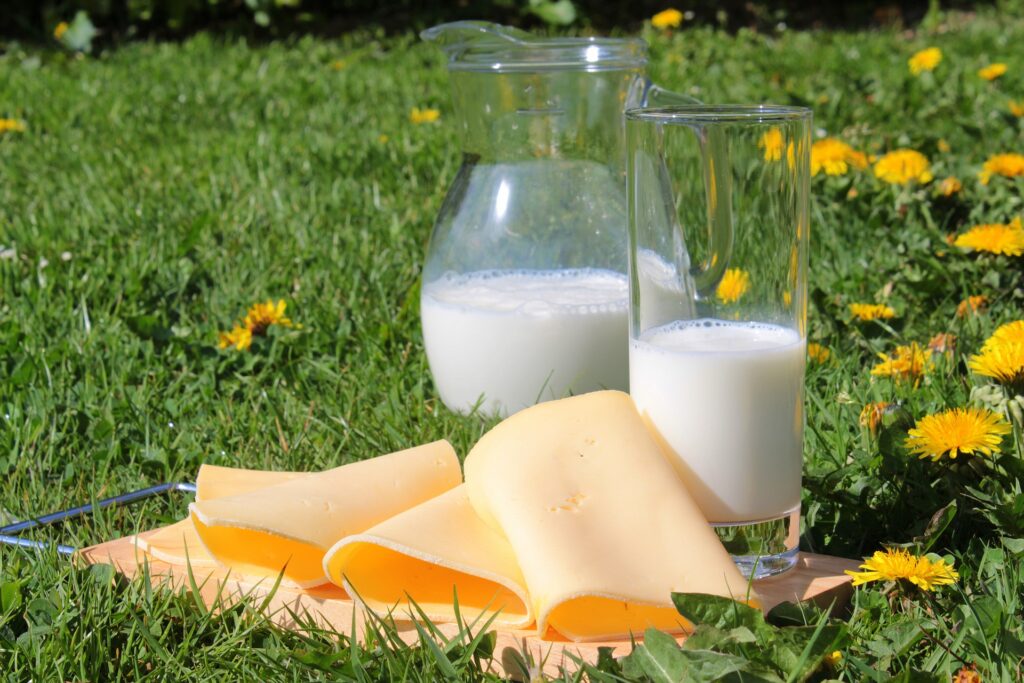 What if you have arthritis and osteoporosis? Will taking vitamin D and calcium protect you from falls and fractures? Following up on my post from 2/23/17, the answer is “No.” Combining the results of 33 trials involving more than 51,000 non-nursing home patients, the authors of a recent meta-analysis found no association between supplementing calcium, vitamin D, or the combination in preventing fractures to the hip, spine, or elsewhere. The results were independent of the amount of calcium or vitamin D supplemented or ingested in the diet, the presence of pre-existing fractures, or baseline vitamin D levels—supplementation was not associated with fewer fractures in anybody. In medicine, things that make sense on the surface often don’t pan out when studied in depth. Just because the absence of vitamin D and calcium leads to bone disease doesn’t mean that supplementing them will lead to bone health. For those who read my prior post, these results aren’t surprising, because the physiologic effect of vitamin D (a hormone, not a vitamin) is directed at maintaining blood calcium, not bone calcium. To prevent fractures requires strengthening bone and increasing its density. Bisphosphonate drugs like Fosamax and Boniva do exactly that and cut the hip fracture risk in half. No such luck with vitamin D and calcium. But wait, there’s a simple way for everyone to increase their bone density; it’s called exercise! Any weight-bearing exercise works, from running, to skiing, to hiking, although resistance training with weights works the best. Note that non-weight bearing exercises like swimming and cycling do not increase bone density, so if either of these represent your exercise of choice, it’s important to add a twice-weekly weight training session to your regimen for optimal health.

Let’s move on to another topic where the prevailing logic fails. Here, I’m talking about coronary artery stent placement for stable angina (see my post on this topic from 9/5/16). Angina is a heart-related symptom complex (e.g. chest pain, shortness of breath, exertional fatigue, nausea, sweating, arm, or jaw pain) caused by a lack of oxygen delivery to a portion of heart muscle. Angina is reversible and doesn’t involve the death of heart tissue that defines a heart attack. The vast majority of angina patients have blockages in one or more of their coronary arteries. The most common mechanism resulting in a heart attack occurs when a preexisting plaque ruptures and a clot forms around the site of injury causing a complete occlusion of the vessel. Here, emergent cardiac catheterization to relieve the obstruction and place a stent across the blockage is often life-saving, but what about patients with stable plaques and occasional angina? It certainly makes “sense” that placing a stent across a 70% blockage should reduce the risk of heart attack and improve function but that’s not what happens.

In the first study to employ sham catheterization (where patients were prepped, draped, sedated, and a catheter introduced into an artery but no intervention performed), patients with significant single-vessel blockages (average 84%) and angina symptoms underwent either stent placement or sham catheterization. And guess what? Stents didn’t help patients exercise any longer on a standard treadmill test than sham catheterization. Not only that, but during the follow up period there were no differences in angina stability, frequency, severity, or quality of life. Both groups improved equally, indicating that there is a placebo effect to the catheterization procedure itself, independent of any actual benefit associated with a stent. Nor is this the first trial to call into question the benefit of the procedure. A 2012 review of 8 prior trials on this issue found no benefit associated with stent placement versus standard medical management when it comes to important patient outcomes like angina, non-fatal heart attack, and death. Once again, something that makes “sense” doesn’t hold up under scrutiny. 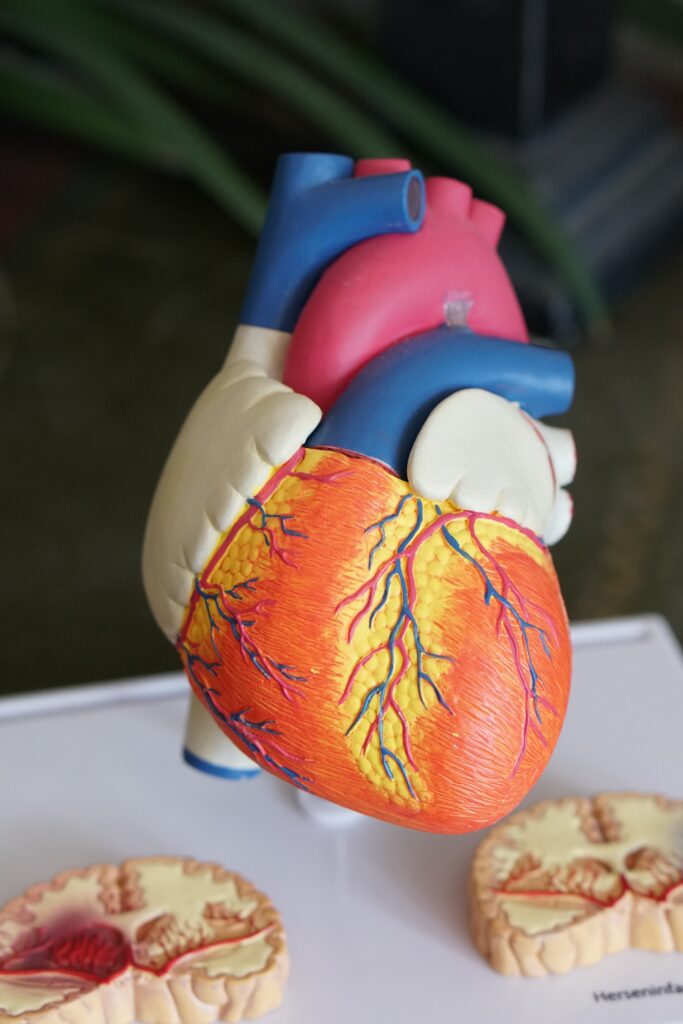 So, are there any theoretical reasons why placing a stent across a blockage might not help? It turns out, there are. Most plaques grow slowly, requiring years to form a significant occlusion. As the process continues, plaques tend to calcify. This results in not just a “hardening” of the artery, but also a stabilization of the plaque. Furthermore, when the blockage builds up over years, there is plenty of time for the body to adapt. During a process known as “collateralization,” new blood vessels actually generate around the blockage to provide an additional source of flow. In such cases, placing a stent across the blockage is unlikely to result in much improvement in regional blood flow, and understanding this  helps to explain why opening an acute blockage during a heart attack works well but stenting a chronic blockage doesn’t.

The plaques most likely to rupture are the smaller, less well-organized ones. In other words, the ones not yet large enough to cause symptoms. So why not just catheterize everyone at age 60 and stent all blockages? Such a tactic might decrease the number of subsequent heart attacks but would undoubtedly harm far more people than it would help because most plaques never rupture in the first place. Second, by age 60, almost everyone has at least one partial blockage and stenting all of them would result in an unacceptably high number of complications from the procedure and downstream bleeding from the anti-clotting drugs used afterward. Until we learn how to identify a stable versus an unstable plaque, such a strategy won’t work. 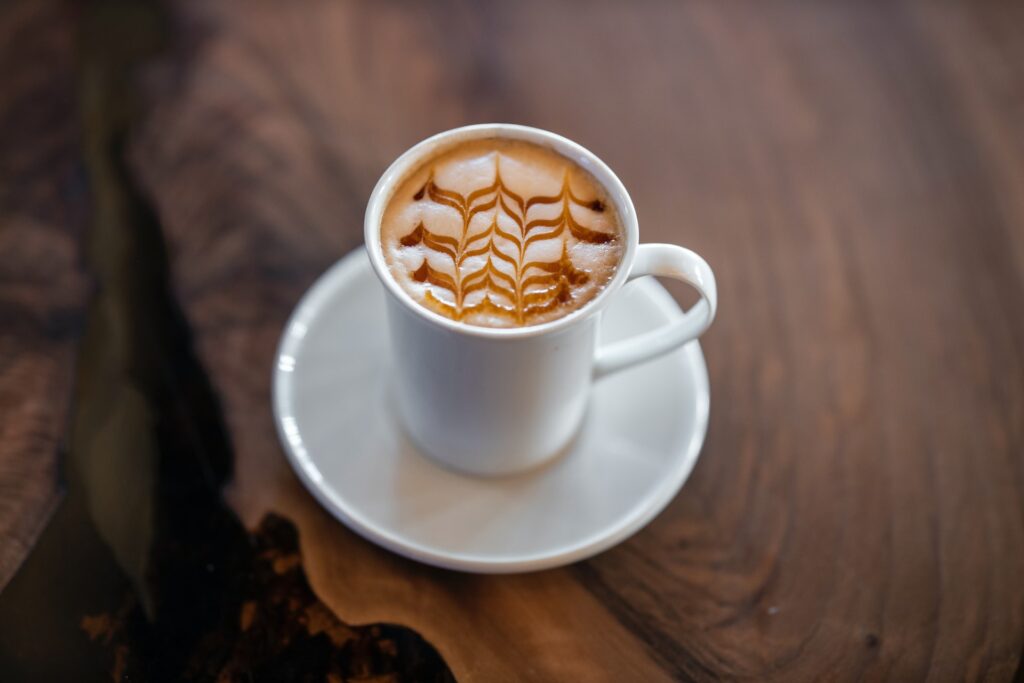 Finally, let’s turn to some good news. Coffee is safe! Not only that, its consumption is actually associated with a number of health benefits. In the largest review to date, investigators reviewed hundreds of articles and systematic reviews on coffee and its effects on 67 unique health outcomes. The ideal quantity appears to be 3 to 4 cups daily. Drinking this amount of coffee is associated with a 17% reduction in all-cause mortality, and even larger reductions in cardiovascular disease and certain types of cancer. Coffee consumption is associated with a reduction in cirrhosis of the liver; cardiovascular disease; neurological disorders like Parkinson’s disease and Alzheimer dementia; cancer of the liver, lung, endometrium, and colon; chronic kidney disease; gallstones and kidney stones; even type 2 diabetes. Decaffeinated coffee works almost as well but with a lesser association for cancer reduction. Outside of pregnancy where high consumption has been associated with low infant birth weight and a slight increase in first- and second-trimester miscarriage, there are no significant downsides associated with a hot cuppa joe. Although this review does not prove causation, the association between coffee ingestion and better health is robust. Other than exercise, coffee appears to be the next best cure-all for just about everything. So, before you head out for your next run, cycle, skate, ski, or swim, go ahead and have an extra cup of coffee. Tell your local barista that I said it was okay. As for me, I’m off to try the new French press that I got for Christmas. Boo-yah and happy New Year!

One thought on “The Buzz: Update on the Recent Medical Literature (part 1).”