Flu season is upon us again with influenza now present in 48 states. So far, the disease has been only sporadically reported, although commercials for the anti-flu drug Tamiflu are already airing in epidemic proportions—not surprising considering that Roche has earned more than $18 billion off the drug since its introduction in 1999. As one financial analyst put it, Tamiflu is “a nice little earner.” I’ll say. But does it work?

Flu is bad news resulting in 200,000 hospitalizations annually, 36,000 deaths, and $87 billion in costs. The best way to prevent catching it is to get vaccinated every year. (Sorry haters, there is no debate about this). So what if you get sick anyway? How do you know if you have the flu (influenza) instead of a simple cold/URI (upper respiratory infection)? Both are viral. Both cause congestion, sore throat, cough, fever, malaise, and headache. The difference is that the symptoms typically develop all at once with flu rather than over the course of several days with a cold. Second, the fever is higher, the symptoms more severe, and the illness lasts longer with flu than a cold. Flu is a cold on steroids. Third, the sin qua non of flu is severe muscle and joint pain; if you don’t feel like someone is beating you with a stick then you probably don’t have flu. These 3 things—rapidity of onset, high fever, and severe muscle aches—are what distinguish flu from a cold. 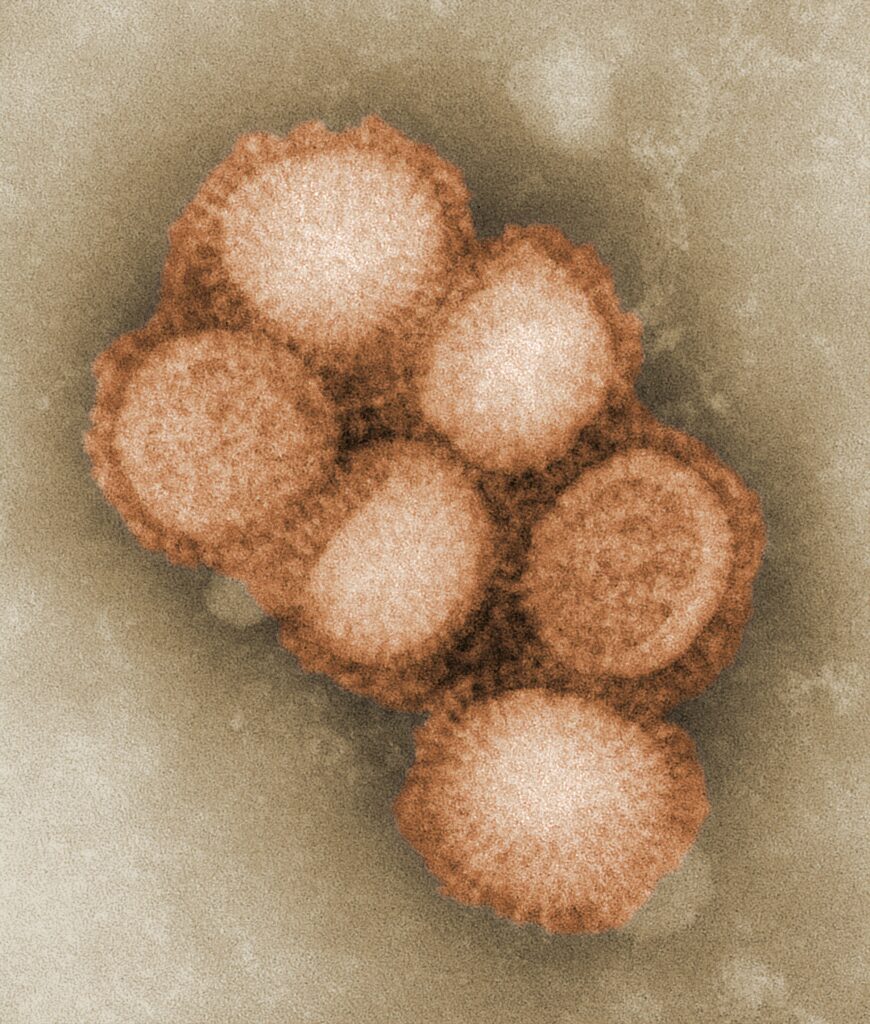 What about the rapid flu tests that involve swabbing your nose? Are they worth the $70 to $120 that you’ll likely be charged? Although accurate when positive, they are notoriously inaccurate when negative, so much so that the CDC recommends treating patients with flu symptoms irrespective of test results. If you go to an urgent care center they’ll almost certainly recommend one, but they’re mostly doing it to limit their liability while padding your bill. There are a few exceptions: it’s reasonable to swab sick people requiring hospital admission, immunocompromised folks on chemo, and sick looking infants but, once a flu outbreak is established, treatment should be symptom-based, not test-based.

But let’s say you feel awful, go to your doctor, get tested, and the swab comes back positive, should you take Tamiflu? Does attacking the “virus at its source” really make a difference? First, consider the characteristics of an ideal flu drug: it should ease symptoms and shorten their duration; reduce complications and mortality; be effective at any time during the course of the disease; prevent the illness from spreading; and have few side-effects. How well does Tamiflu measure up?

When it comes to easing symptoms and shortening their duration, Tamiflu is a bust. A Cochrane Collaborative review of multiple studies noted that Tamiflu shortened the duration of flu symptoms by a pithy 16.7 hours. It’s important to note that this is likely the same reduction you’d achieve simply by taking Tylenol and drinking plenty of fluids. With or without the drug, patients remained miserable for about a week.

Second, the drug failed to reduce complications like chest x-ray proven pneumonia or the need for hospitalization. Nor did it reduce flu mortality. So where did CDC Director, Thomas Frieden, get off telling a National Public Radio audience last year that Tamiflu “might keep you out of the hospital and could even save your life” before adding that if he or one of his family members became ill with the flu he would get them “treated with Tamiflu as quickly as possible”? The statements seem irresponsible considering that the FDA had previously come to the opposite conclusion after reviewing the manufacturer’s own trial data. Could it be that Director Frieden’s interpretation was a tad conflicted? As it turns out, Roche had previously donated nearly $200,000 to the CDC Foundation to “support research into influenza prevention and treatment messaging.” Say it ain’t so! The Centers for Disease Control actually accepts private donations? If we can’t trust them, who can we trust?

Nor am I swayed by a more recent meta-analysis that appeared in early 2015 touting Tamiflu’s benefits in reducing hospitalizations and complications. In this study, just as in the Cochrane review, the benefit all but disappeared in the intention-to-treat population (i.e. the one that doctors in the community are supposed to treat) that included both culture positive flu patients and those with flu-like illnesses. Although the authors went to great length to point out their lack of bias, the review was sponsored by Roche, and 3 of the 4 authors had financial ties to the company. Weak data for a weak drug.

Does Tamiflu at least lower the risk of transmitting the flu to others? Here, you need to treat between 7 to 11 patients with flu to prevent transmission to a single household contact. Might be worth it if you live with a sick grandmother or a spouse taking chemo. Otherwise, not so much.

What if you’re not sure you have flu, can you wait a few days to see if you’re really sick before starting the drug? No. Tamiflu’s benefits only occur when the drug is started early, preferably in the first 24 hours but no later than 48 hours after symptom onset. Does this mean that you should go running to the doctor at the first hint of illness? No again, because the very best place to get the flu, if you don’t already have it, is in a busy doctor’s waiting room. So who should be treated? Here are the CDC’s recommendations:

The CDC—despite the contrary quote uttered by its director—doesn’t recommend treating every Tom, Dick, and Harry who has the flu. Do doctors follow these guidelines? They most assuredly do not. If you have flu or a flu-like illness during an outbreak and you visit a doctor’s office, urgent care center, or ER requesting treatment with an anti-viral drug like Tamiflu or Relenza, you will almost certainly leave with a prescription. Doctors don’t like to disappoint, regardless of whether you fall into one of the recommended treatment groups or not. I might spend a few minutes explaining the less than stellar benefits of Tamiflu, but the power of advertising is so strong that I rarely put up much of a fight. And while I agree wholeheartedly with the famous surgeon, Sir William Osler, who once said, “The first duty of the physician is to educate the masses not to take medicine,” I agree even more with a different Osler quote: “The desire to take medicine is perhaps the greatest feature which distinguishes man from animals.” If a flu patient wants Tamiflu, I’ll prescribe it.

What’s the harm? First, just like antibiotics for bacterial infections, resistance to antivirals can and does occur, lowering their ability to treat flu in the event of a fatal pandemic. Second, the drug has side-effects. It causes headache in 15%, vomiting in 5%, and diarrhea in 7% of people taking it. Rare psychological side-effects including anxiety, psychosis, and suicidal ideation have been reported in adults. And then there’s the matter of cost; even with a Good Rx discount coupon, the drug will set you back $140 for the 5-day course. That’s a fair amount of downside for a drug that gets you better less than a day sooner than without it.

What works better than Tamiflu? Not catching flu in the first place. Now a few words about the vaccine and why it doesn’t always work. There are multiple strains of influenza, and the ones that cause disease change from year-to-year, leaving vaccine manufacturers to make a “best guess” ahead of time as to which strains are likely to predominate. Strains are named for their glycoprotein coats (Hemagglutinin and Neuraminidase). For example, the swine flu epidemic of 2009 was caused by a strain of H1N1 virus. Last year, the majority of flu cases were attributed to H3N2, but multiple other strains were also isolated, meaning that no single vaccine could have prevented all of them. But even if the vaccine is only 50% effective, you should still get it—preferably between Halloween and Thanksgiving—because there are no medications that work nearly as well. Remember: you can’t get autism or flu from the flu vaccine! Then wash your hands frequently and avoid crowded places like ER waiting rooms during an outbreak.

Finally, an anecdote: When I got swine flu in 2009, I didn’t take Tamiflu and stayed sick for 10 days. But when my 14-year old son got it several days later, I gave him Tamiflu, and he was better in half the time. A benefit of youth, or does the medicine work a little? Who knows, and that’s why I’m still skeptical about Tamiflu. 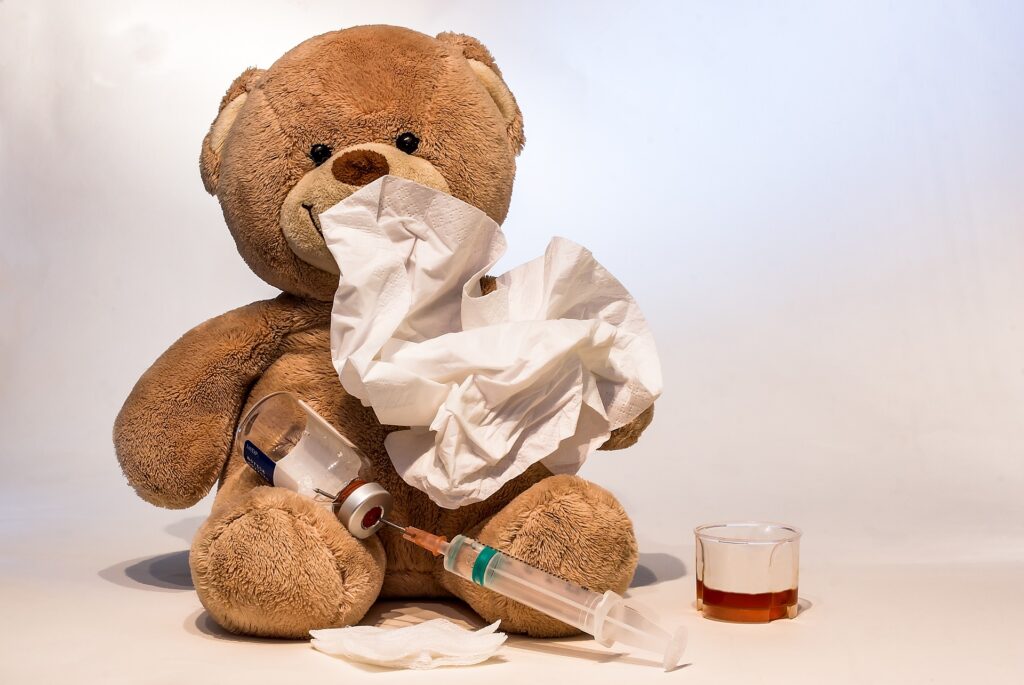 2 thoughts on “I’m skeptical about … Tamiflu.”