Medical screening tests harm more people than they help. It’s true, and like the sinking of the Titanic: “It’s a mathematical certainty.” Remember first that the goal of medical screening is to detect or prevent potentially fatal diseases in an asymptomatic population. And the reason most people in the population are asymptomatic is because they don’t have the disease in the first place. You have to screen many to benefit a few. For example, say you’re performing a screening test for a disease where the annual incidence is 45 cases per 100,000 people. Let’s assume the disease is a bad one where the 5-year survival when the disease has spread is only 10%. But there’s also good news; the 5-year survival when the disease is detected early soars to 90%, making it a good choice for screening so long as the test is capable of picking up the disease earlier than it would be otherwise. Overall, the chance of the disease killing any given individual over the next 5 years is only on the order of 0.02%, but this small number adds up over the course of many years so that the lifetime risk of contracting the disease is 4.5%. Sounds like this might be an optimal disease for screening, doesn’t it? After all, it’s common, lethal, and detectable. 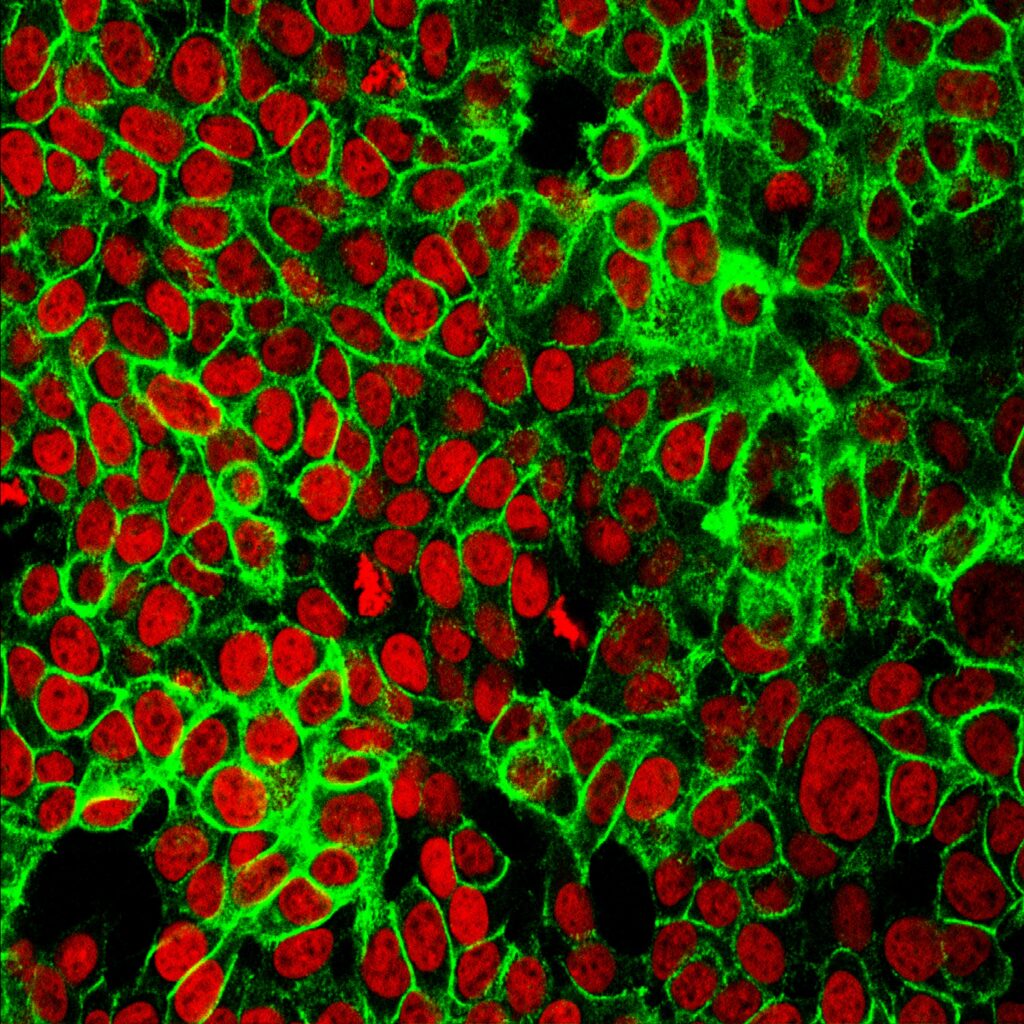 Now as to the screening test, let’s assume it misses 5 of every 100 people who have the disease (i.e. the “false negative” rate is 5%). You’ll have to take my word for it that this is good number for a screening test. So while not perfect, it’s still pretty good. But there’s also a down side to testing. Let’s assume the test causes harm in some, on the order of 0.25%, and death in a very few, 0.03%.

So far it’s all just a bunch of confusing numbers. Now let’s apply them. The disease I’m talking about is colon cancer and the screening test is colonoscopy. And here’s how the math works out: screen 100,000 asymptomatic people to find between 40 to 45 cancers, most of which will be early-stage with a decent chance for cure. That’s the good news. Now here’s the bad news; to save those 30 to 35 people (not every person diagnosed will survive), the test will harm upwards of 250 people, meaning that for every 1 patient who benefits, between 7 and 8 will be harmed. What kind of harm am I talking about? Diarrhea and dehydration from the bowel prep before; colon perforation, anesthesia reactions, and the occasional heart attack during; and GI bleeding and pain afterward. Of the people suffering these complications, a few will have heart attacks and die, a couple will suffer fatal anesthesia reactions, some will develop congestive heart failure, a couple will die from hemorrhage, and a few more from peritonitis complicating a perforated colon. The chances of suffering a colon perforation from the test is roughly equal to the chance of having a colon cancer diagnosed by it. All told, you can expect 30 deaths per 100,000 colonoscopies performed, meaning that the death rate from colonoscopy is roughly equal to the number of cancer deaths averted through early detection. This is the dirty secret that the American Cancer Society never tells you when it advises that everybody undergo a screening colonoscopy starting at age 50. 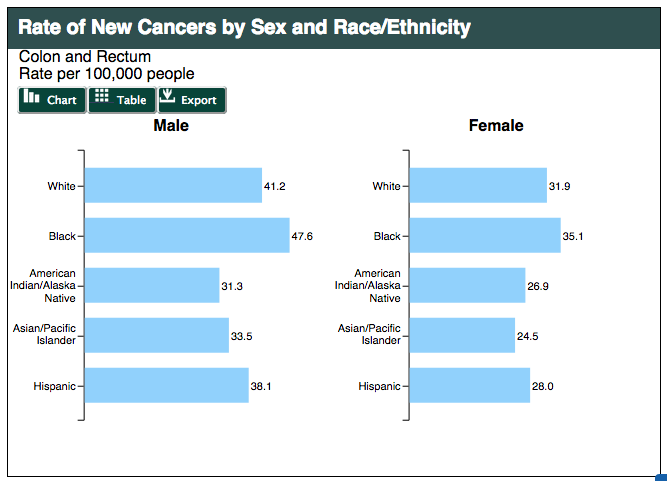 So why are we doing screening colonoscopies at all? Well, colon cancer is bad news. It’s the third most commonly diagnosed cancer and the second leading cause of cancer death in the U.S., killing 50,000 Americans annually. Risk factors for colon cancer include: a family history of colorectal cancer, obesity, inactivity, smoking, alcohol (2 to 4 drinks per day increases the risk by 23%), and a diet high in red and processed meats. Most cancers occur after age 50, which is why this age was selected to initiate routine screening. 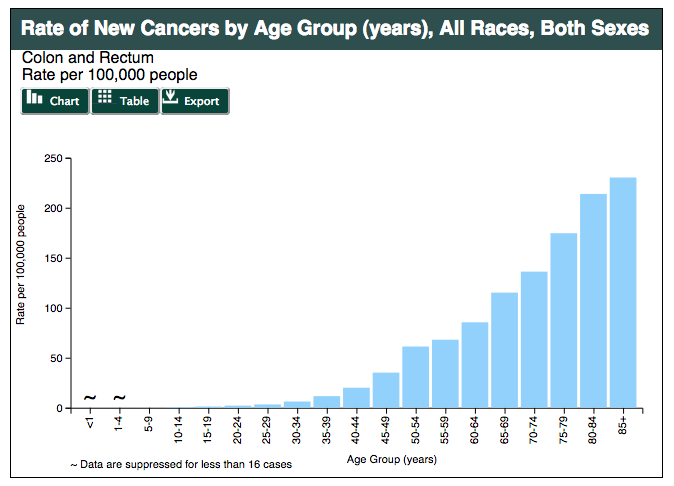 Here’s why I’m not ready to throw in the towel on routine colonoscopy screening: As opposed to most other cancer screening tests, colonoscopy has the ability not only to detect cancer earlier than it might be otherwise, but also to prevent cancer before it occurs. You see, colonoscopy—which refers to the insertion of a fiberoptic scope up the rectum into the large intestine after a thorough bowel prep to rid the colon of stool—is also the best test for detecting polyps, small growths that can occur along the lining of the bowel. Polyps are exceedingly common, occurring in more than a quarter of people by age 50, and the reason they’re important to know about is that a small percentage of them will turn cancerous over time. The process is slow, typically a decade or more, which explains why a person with a “clean” colonoscopy at age 50, doesn’t routinely need another one for 10 years. In almost all cases polyps can be resected directly through the colonoscope. It is estimated that widespread screening colonoscopy and polypectomy (polyp removal) has the potential to prevent 65% of all colon cancers. The downside to this approach is that most polyps will never become cancerous and close surveillance in those with polyps inevitably leads to more screenings, more colonoscopies, more expense, more anxiety, and more bleeding complications. And while it’s tempting to attribute the decline in the incidence of colon cancer (from 60 per 100,000 in 1975 to 45 per 100,000 in 2007) to screening, it’s important to note that this decrease started before the institution of widespread screening (which, by the way, is not so widespread anyway, with fewer than 60% of adults adhering to recommended practices—it seems people don’t like having things placed in their rectums, even for a good cause).

The American Cancer Society recommends at least one of the following screening tests starting at age 50 for all Americans:

A flexible sigmoidoscopy is similar to a colonoscopy in that it involves the insertion of a fiberoptic scope into the rectum but to a lesser depth than colonoscopy (2 feet instead of 5, thereby decreasing the time, discomfort, and complication rate associated with the procedure). A double-contrast enema involves injecting barium, followed by air into the bowel via the rectum, before completing a series of x-rays to look for irregularities along the bowel wall. Positive x-rays are followed by a colonoscopy. Lastly, CT colonoscopy (not a colonoscopy at all) examines the bowel through CT imaging after a bowel prep and subsequent gas inflation of the colon through a small rectal tube. It is less uncomfortable than either a colonoscopy or sigmoidoscopy, but here again, positive studies require a follow up colonoscopy.

An even less invasive way to screen for cancer is through annual or biannual stool testing for occult blood. Here, the patient places a small amount of his or her stool onto a card which can then be tested in the doctor’s office for the presence of blood. Several cards per screening are recommended and, again, positive tests are followed by colonoscopy and endoscopy. The problem with this approach is that not all cancers bleed and not all blood is from a cancer. Thus, this form of screening involves a relatively high rate of both false negatives and false positives.

How good are the tests? According to a Cochrane collaborative review, sigmoidoscopy versus no screening lowered colorectal cancer mortality by 28%, while stool screening for blood versus no screening reduced mortality by 14%. Compare this to the 40 to 50% reduction in the incidence of colorectal cancer associated with either daily aspirin or exercise, however, and it becomes clear that prevention through a healthy lifestyle is much more effective than expensive screening tests.

But if the real point of screening a population for disease is to increase the life expectancy of the group as a whole then colon cancer screening fails. Despite what you might have heard from Katie Couric (who had her colonoscopy broadcast on the Today Show in 2000 to promote colon cancer awareness after her husband died of the disease), your family doctor, gastroenterologist, and the American Cancer Society, colon cancer screening hasn’t saved any lives. Life expectancy and all-cause mortality in people undergoing screening are the same as in people who don’t. The small reduction in colon cancer death is simply replaced by a slight increase in death due to other causes like infection, heart attack, stroke, and other forms of cancer. There is no long term survival benefit to screening. One possible explanation for this is that chemo and radiation are toxic forms of treatment that increase the risk of dying from other causes. Another is that bodies are designed to fail, if not from cancer then from something else.

Disclosure: I’m not advocating that you skip your colonoscopy. Readers should follow their doctors’ advice, but know that the evidence is not nearly as cut-and-dried as you’ve been led to believe. Lastly, although the Affordable Care Act mandated coverage of screening colonoscopies when performed for screening, if you choose to undergo a different form of screening like FIT-DNA (e.g., Cologuard) and the test is positive, the followup colonoscopy will not be covered as it is then performed for “diagnosis” rather than “screening.”