Cardiovascular disease remains the world’s leading killer, responsible for more than 17 million annual deaths, a quarter of which can be directly linked to elevated cholesterol and triglyceride levels (i.e. hyperlipidemia). Statin drugs are, far-and-away, the most commonly employed pharmaceutical agents used to treat this condition. Their effectiveness in lowering lipid levels is not in question, decreasing LDL-cholesterol (i.e. “bad cholesterol”) by roughly 50% while also elevating HDL-cholesterol (i.e. “good cholesterol”) by about 15%. LDLs (low density lipoproteins) bind to cholesterol in a manner that facilitates the buildup of arterial plaque leading to vascular disease, whereas HDLs (high density lipoproteins) function primarily as transport vehicles for cholesterol, facilitating delivery to the liver where it can be safely absorbed and metabolized. Statins work by directly inhibiting a key liver enzyme in the cholesterol synthesis pathway  (HMG-CoA reductase). The ability of statins to block cholesterol production, lower  LDLs, and raise HDLs likely represent the primary means through which the drugs work to reduce the risk of cardiovascular disease. Statins are effective when used for the secondary prevention of stroke and heart attack in patients with pre-existing heart disease. Their effectiveness for the primary prevention of these events in patients without pre-existing disease is not nearly as compelling, but the main strike against them remains an unacceptably high incidence of side effects. 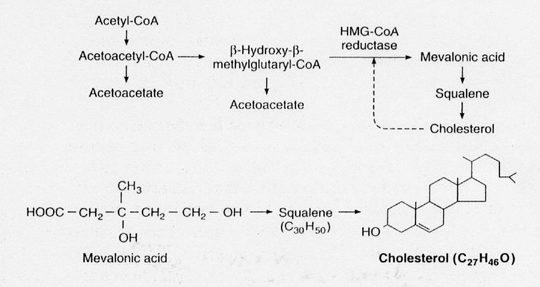 Overall, about 10% of patients taking statins will experience side-effects significant enough to result in their discontinued use. Although the harms prevented (heart attack and stroke) are generally more serious than the harms caused (muscle pain, diabetes, and liver abnormalities), it is nonetheless true that statins harm roughly 10-times as many people as they help. Remember that cholesterol and triglyceride levels are merely surrogate markers for disease, and what really matters is whether statins reduce patient-oriented outcomes like premature death, heart attack, and disabling stroke. Common side-effects of their use include: muscle pain, tenderness, and weakness; malaise and fatigue; diabetes; abdominal cramping, nausea, vomiting, and liver abnormalities; headache, insomnia, memory loss, and confusion. While statins have proven benefits, this high incidence of side-effects makes their use problematic. So, when a reader asked me about using red yeast rice instead of statins to treat her high cholesterol, my interest was piqued.

Red yeast rice has been around for centuries, used in China both as a food colorant and health supplement. It’s made by fermenting white rice with the yeast, Monaseus pupureus, yielding a rich extract purported to have a number of health benefits, including the ability to lower cholesterol. In the US, it is sold primarily in capsule form and marketed as a food supplement. Does it work? Yes. A 2017, PLoS One review on the topic cited a meta-analysis of 13 trials conducted between 1999 and 2013, wherein red yeast rice reduced total cholesterol by an average of 37.5 mg/dL (desired level less than 200 ng/dL), LDL-cholesterol by 33.6 mg/dL (desired level less than 100 ng/dL), and triglycerides by 20.4 mg/dL (desired level less than 150 mg/dL). This is really good and on par with the reductions seen with pharmaceutical statins. Furthermore, separate trials comparing red yeast rice to the statin drugs pravastatin (Prevachol), simvastatin (Zocor), and lovastatin (Mevacor) found the cholesterol-lowering effects of the red yeast rice to be essentially equivalent to the various statins. Does this mean that doctors should start switching patients from statins to red yeast rice? It’s totally “natural” and marketed as a “food supplement,” so it must be safe. Right?

Not really. It turns out that red yeast rice, in addition to containing polyketides (natural antibiotic compounds), unsaturated fatty acids (“good fats”), and phytosterols (plant compounds with cholesterol-lowering effects), also contains a host of monacolin compounds, one of which—monacolin K—is identical in structure to lovastatin. And here is where it gets interesting. In 1987, the FDA approved the sale of lovastatin, the first commercially available statin, marketed by Merck under the trade name Mevacor. In fact, the drug was isolated and purified from red yeast rice specifically for its cholesterol-lowering properties. The reason red yeast rice works like a commercially available statin is because its active ingredient is a statin. Don’t be fooled by the food supplement marketing you see on the internet. There is no reason to believe that lovastatin sold in the form of red yeast rice is any safer than lovastatin sold as Mevacor, but there are plenty of reasons to believe that it might not be as safe. 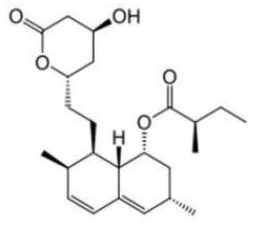 What’s the difference between a drug and a food supplement anyway? Both are regulated by the FDA, but while food supplements need not demonstrate effectiveness or even safety before being sold to the public, drugs must demonstrate both. Furthermore, only drugs can be marketed to treat disease, which explains why dietary supplements sold in the US always contain some version of the following disclaimer regarding potential health benefits: “These statements have not been evaluated by the Food and Drug Administration (FDA). These products are intended to support general well being and are not intended to treat, diagnose, mitigate, prevent, or cure any condition or disease.” Having said that, supplements skirt the law and make all sorts of health claims, like AcaiPure’s claim that their acai berry pills lead to “fast weight loss that works,” and Kellogg’s bogus claim that their Frosted Mini-Wheats have been “clinically shown to improve kids’ attentiveness by nearly 20 percent” (both of these statements were later withdrawn after coming under FDA scrutiny). You get the idea: the goal is to make a health claim without actually making a health claim. When you see phrases like “boosts heart health,” or “stimulates immunity,” it means that the product is being marketed as a supplement and hasn’t undergone any rigorous FDA testing.

So why don’t companies deal honestly with the public and register their supplements as drugs? In a word: money. It literally requires hundreds of millions of dollars to bring a drug through research, development, and the clinical trials necessary to garner FDA approval, not to mention a fee of $2,588,478 for 2019 just to have the FDA conduct an evaluation of the clinical data. Alternatively, the FDA defines a dietary supplement much more loosely as simply a product taken by mouth that contains a “dietary ingredient.” Labels need only include a description of the product’s components without an actual listing of individual ingredients and their precise amounts. The FDA doesn’t even require the submission of safety data before selling food supplements to the public. Instead, the FDA monitors mandatory filings of adverse events reported to the manufacturer after the product has come to market, and voluntary reports of harm submitted to the FDA by individuals and physicians after-the-fact. This guarantees that supplements are actually less safe than drugs, no matter how “natural” the ingredients. The biggest advertising myth foisted on the public is that natural = safe. Nothing could be further from the truth. Remember that just about every deadly poison known to man, from jellyfish venom to botulism toxin is “100% natural.” 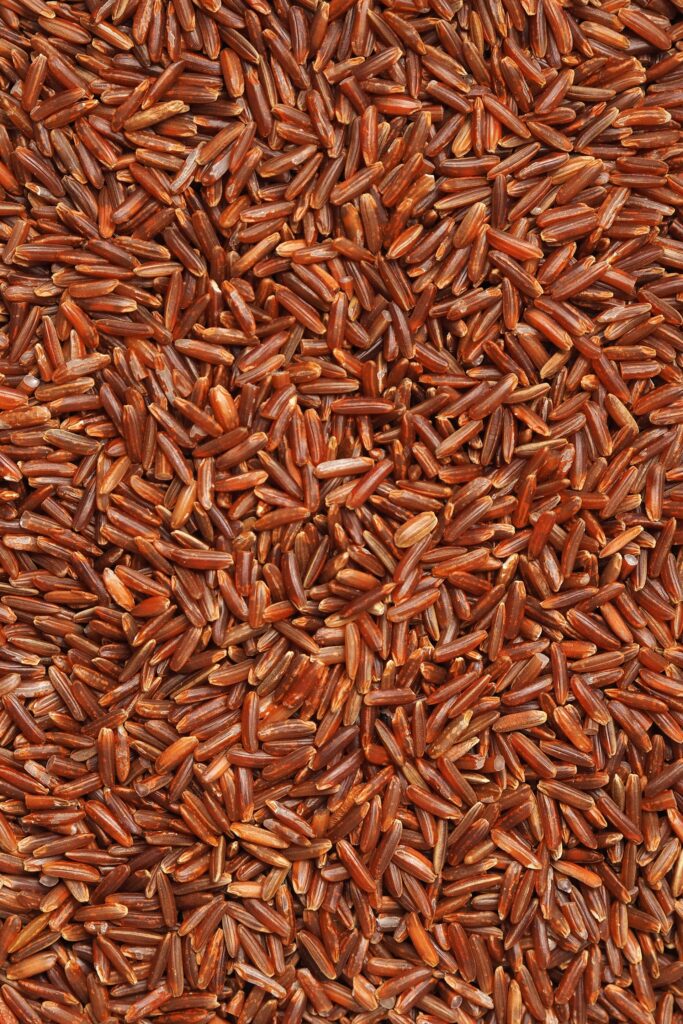 What about red yeast rice? It’s certainly natural, but is it safe? The first question to ask is whether it’s even legal to sell red yeast rice extract pills in the US, given that they contain lovastatin, a compound clearly defined by the FDA as a drug? To skirt this inconvenient truth, companies selling these products don’t list monacolin K (lovastatin) as an ingredient, instead merely citing a proprietary “extract” of red yeast rice on the label. But, certainly, the companies are aware that they’re selling a statin, as nearly half the labels also contain statin side-effect warnings. The FDA knows, too, having issued a statin warning about these supplements as far back as 2007.

Caveat emptor: The amount of monacolin K (lovastatin) varies markedly from product to product. When an independent lab tested 12 commercially available red yeast rice capsules, each containing 600 mg of extract, the amount of monacolin K varied from 0.1 to 10.09 mg per capsule (a 100-fold variance!) meaning that while some products might help lower cholesterol, others will do no such thing. As to cost, while generic 20 mg lovastatin runs about a dollar per day, the cost of a similar amount of lovastatin contained in a red yeast rice extract might actually be far higher depending upon the concentration of lovastatin in any given pill. How much lovastatin is contained in a randomly chosen red yeast rice supplement? It’s impossible to know without independent lab testing. 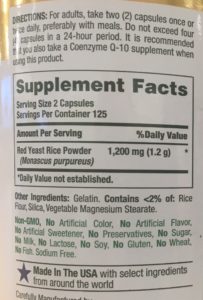 Bottom line: Red yeast rice  may lower cholesterol based on the presence of a naturally-occurring statin. The concentration, purity, and side effects of these products remains largely untested. Many contain a known kidney toxin. Safety and effectiveness profiles of red yeast rice extracts and other food supplements are not required by the FDA prior to sale to the public. Pharmaceutical statins are more reliable, and likely cheaper, than red yeast rice supplements to treat hyperlipidemia.