In my last 2 posts I talked about screening for colon cancer and breast cancer, respectively. Now it’s time to give men their due and discuss prostate cancer screening, specifically the use of PSA (prostate specific antigen) testing. Let me introduce the topic with a quote from Dr. Gilbert Welch who notes that cancers are like turtles, rabbits, and birds: “It’s a barnyard of cancers. The goal is not to let any of the animals escape the pen to become deadly. But the turtles aren’t going anywhere anyway. They are indolent nonlethal cancers. The rabbits are ready to hop out at any time. They are potentially lethal cancers that might be stopped by early treatment. Then there are the birds. Quite simply: they are already gone. They are the most aggressive cancers, the ones that have already spread by the time they are detected, the ones beyond cure.” In this analogy, the birds are metastatic cancers. Here, screening doesn’t save lives as the disease is already advanced at the time of detection. The turtles represent cancer overdiagnosis; cancers never destined to cause harm. (Despite what you may have heard, not all cancers grow indefinitely or metastasize to distant organs; some remain small and localized, others regress and even disappear). Detecting turtles only leads to harm in the form of over-treatment and psychological trauma related to the diagnosis of cancer. That leaves the rabbits; cancers whose early detection may prove beneficial. The net benefit of cancer screening depends upon the types of animals in the barnyard. In the case of breast cancer, there are roughly 10 turtles for every rabbit. For prostate cancer, there are between 30 to 100 turtles for every rabbit, which explains why screening a large population of asymptomatic men is so problematic. You’re far more likely to find a turtle than a rabbit, but since current detection methods can’t distinguish one from the other, all cancers are presumed to be rabbits and referred for treatment.

Prostate cancer is the most commonly diagnosed non-skin cancer in US men, with a one in 6 lifetime chance of diagnosis. Three percent of all men will ultimately die from it, making prostate cancer the second most common cause of cancer death in US men. Here are the stats: 230,000 new cases per year, 137 cases per 100,000 men screened, 28,000 annual deaths. Compare these numbers to breast cancer: 232,000 new cases per year, 22 cases per 100,000 women screened, 40,000 annual deaths. What stands out is that far more women are being screened for breast cancer than men for prostate cancer and that, although the barnyards are roughly equivalent in size, there are far more rabbits and birds in the breast cancer yard. Far more of the prostate cancers are turtles. In autopsy studies of men dying from other causes, more than 50% of men will have findings of prostate cancer by age 60, and more than 80% by age 80. 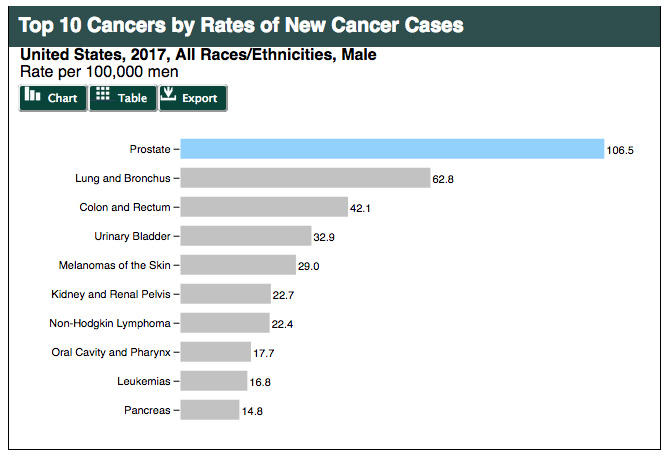 Current screening involves a combination of digital rectal examination and PSA testing. The dreaded rectal exam, generally included for all men age 40 and older, is limited by a high number of false negatives where the prostate gland feels normal but is actually harboring cancer, and false positives where the gland is enlarged [e.g. prostatitis or BPH (benign prostatic hypertrophy)] but there is no cancer. Overall, nearly half of all men with prostate cancer have normal rectal exams, while at least 15% of men with enlarged prostates don’t have cancer.

PSA screening (a blood test) also has problems. Unfortunately, there is no cutoff low enough to reliably exclude cancer in every case, so the decision to undergo further testing is based on an arbitrary set point of what constitutes “normal.” Set this number too low and a whole bunch of men will undergo needless biopsies; set it too high and the test will miss an unacceptable number of cancers. PSA levels below 2 microgm/L are rarely associated with cancer, levels between 2.5-4 are sometimes associated with cancer (when this cutoff is used, 80% of men targeted for biopsy will be negative). While levels greater than 4 are more strongly associated with disease, this cutoff misses nearly 30% of men with cancer whose PSAs are below this threshold. It’s clear that there is no perfect cutoff—there will be false positives and false negatives no matter what number is chosen. 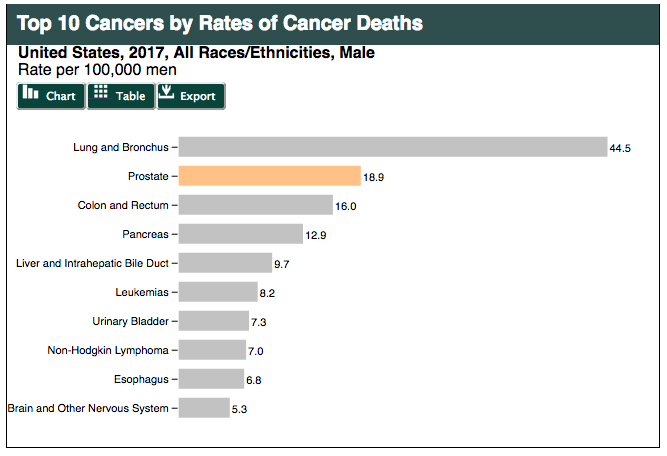 In the US, men with screening PSA levels above 4 are almost always referred for biopsy. The problem is that ultrasound rarely identifies a focus of cancer leaving urologists to take a scatter-shot approach, sampling multiple areas of the prostate via a small hollow-bore needle. The typical number of specimens submitted for analysis is between 12 and 18, although this, too, represents an arbitrary number pulled out of a hat. What’s clear is that the more biopsy samples taken, the more likely one or more of them will demonstrate cancer. Because there is a degree of chance involved and not all atypical cells represent cancer, a scoring system was developed based on the combined score of the 2 most abnormal biopsy specimens obtained. The Gleason score ranges from 2-10 with higher numbers being worse. Biopsies miss 30% of small cancers, but more ominously also miss as many as 1 in 16 invasive ones. Should you be screened and risk an unnecessary biopsy or—even worse—a necessary one that misses the diagnosis? 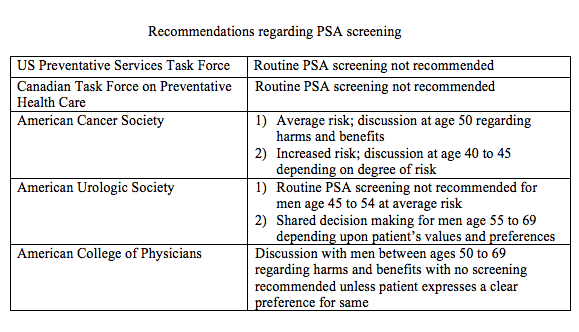 Since prostate cancer is rare before age 50, and rarely the cause of death after age 75, it makes sense not to screen those groups, but it might make sense to screen men between the ages of 55 and 65 who have a family history of prostate cancer and are otherwise healthy. So what should you do if your PSA is elevated and your biopsy is positive? In the US, 99% of men facing this question opt for treatment, but that doesn’t mean you should.

The most common treatment is radical prostatectomy (surgical excision of the entire prostate gland), although more and more are opting for brachytherapy (placement of radioactive seeds into the prostate under ultrasound guidance), cryotherapy (freeze-thaw cycles directed via an ultrasound guided cryoprobe), or external radiotherapy (radiation—in the form of electrons, neutrons, or protons—directed at the prostate from an outside source). Adjunctive therapy after prostatectomy often includes androgen deprivation in the form of hormonal manipulation or surgical castration. None of these treatments sound very good and they aren’t. All have serious side effects that include pain, bleeding, urinary incontinence, impotency, urethral stricture, and/or radiation damage to the rectum and surrounding tissues. Androgen therapy carries the additional risks of increased heart attacks, strokes, diabetes, and gynecomastia. Who wouldn’t want to avoid all of this, particularly knowing that many prostate cancers will never become symptomatic?

There have been 2 trials, both published in the New England Journal of Medicine, comparing watchful waiting versus radical prostatectomy for the treatment of prostate cancer. The first, a European trial published in 2011, found a 6.1% lower mortality in the prostatectomy patients over a 15-year follow up. The harms of the surgery weren’t reported, but we know from other studies that prostatectomy results in 20% more incontinence and 30% more impotency compared with watchful waiting, meaning that prostatectomy is more than 3-times as likely to leave you incontinent and almost 5-times as likely to leave you impotent as it is to save your life. For those who value quality of life over quantity of life the trade-offs might not be worth it, but that’s a personal decision not a medical one. 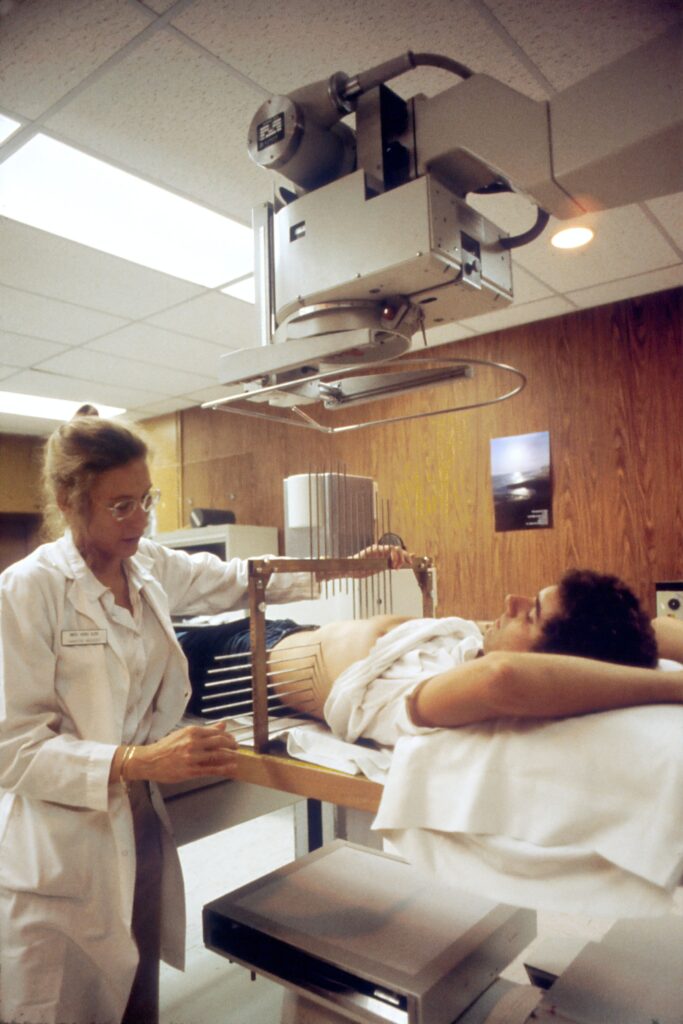 The second trial published in 2012, was a US study that noted a trivial reduction in mortality with surgery. Although prostatectomy provided no survival benefit to the group as a whole, there was a subgroup of younger patients with higher PSA levels who did benefit. So—just as with PSA—there might be a targeted population where the benefit of prostatectomy outweighs the harm. After reading all the trials, here are my recommendations:

Lastly, there is a trial that finished its data collection in November 2015 comparing watchful waiting versus prostatectomy versus radiotherapy for prostate cancer. The results will likely help guide treatment decisions for thousands of men—at least until someone discovers how to tell a turtle from a rabbit. I’ll keep you posted.

Also, please check out this article from the October 2014 issue of Men’s Journal http://www.mensjournal.com/magazine/when-to-say-no-to-your-doctor-20140919. It’s what you need to know about a host of topics before you go to the doctor.