The human body is a fierce and radiant jungle composed of more than 37 trillion cells. Muscle, bone, and brain; nephrons and neurons; hair and nails; rods and cones—it’s all in there. Such amazing diversity to support this enigmatic thing called Life. But we can’t do it alone. Inside us, on top of us, and buried deep within us lie a host of amazing organisms that collectively make up our body’s microbiome. Although unappealing to consider, the truth is that our bodies are crawling with bacteria from our very first to our very last breath. It starts when bacteria lining our mother’s birth canal first invade our mouths, stomachs, and intestines.

The relationship we share with our microbiome is largely commensal. Bacteria debride the skin of dead epithelial cells, they assist in digestion, and protect us from invaders that would do us harm. In return, we provide them with the substrates they need to survive. The battle for dominance, however, depends upon factors both under our control and outside of it. In this sense every body resembles the earth’s ecosystem; think of carbon in the atmosphere as junk food and hurricanes as the bowel’s response. We are what we eat, and pollution has consequences.

The gut is home to more than 500 species of microorganisms, with individual bacteria outnumbering the total number of cells in our body by at least 3:1. Most of the bugs lining our gut are anaerobes, requiring neither light nor oxygen. They do, however, require food and much of what we eat could not be absorbed without their help. For instance, starches, fiber, and all sorts of complex sugars require bacteria for digestion. Gut bacteria ferment the sugars we eat, converting them into short-chain fatty acids that are readily absorbed through our intestinal lining. Without these bacteria we would find it difficult to absorb adequate amounts of minerals like calcium, magnesium, and iron. Our gut flora also contributes vitamins, particularly vitamin K, and B vitamins like biotin, folic acid, thiamine, and B12. Enterohepatic circulation, wherein substances are conjugated in the liver, excreted in the bile, and then passed into the intestine, require the presence of bacterial enzymes for re-absorption. These same bacteria also form a protective coating along our bowel wall preventing pathogenic invaders from gaining a foothold. Without our little friends, life would be unpleasant if not impossible.

Which brings me to probiotics: First off, what are they? Derived from the Greek for life, probiotics are defined as “live microorganisms which when administered in adequate amounts confer a health benefit on the host.” Commercial supplements typically contain live bacteria from the genera Lactobacillus and/or Bifidobacterium. Some add the probiotic yeast Saccharomyces boulardii. Probiotic bacteria are already present in many of the foods we eat, particularly yogurts and fermented foods like sauerkraut, sour pickles, kimchi, kefirs, and stinky cheesProbiotics need to be distinguished from prebiotics, which are nondigestible substances that act as food substrates for probiotic bacteria. Common commercial prebiotics include inulin and prebiotin but if you see any of the following terms on a label you are getting a prebiotic: FOS (fructooligosaccharide), GOS (galactooligosaccharide) or TOS (transgalactooligosaccharide). They are purported to enhance the growth of probiotic bacteria in the gut and are sometimes packaged together. But you needn’t take a supplement; foods high in prebiotics include a variety of Allium vegetables like garlic, onions, and leeks. 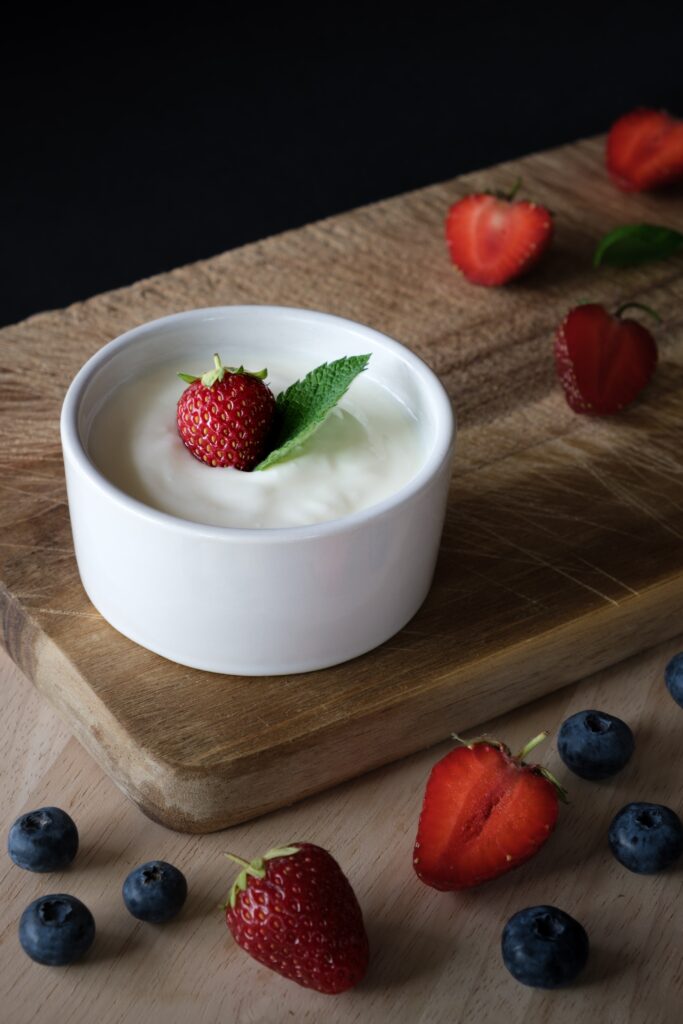 Given all the life-sustaining functions of our gut microbiome, it should come as no surprise to find that when the balance of bacteria gets out of whack there are consequences to our health. Diseases ranging from ulcerative colitis to eczema have been linked to the health of our intestinal flora. But the science is sketchy and loaded with junk. When a product says that it “promotes” or “enhances” the health of an organ, you know that it hasn’t passed any rigorous testing. Probiotics are marketed as dietary supplements and by law cannot make specific health claims. If you look closely at the label of any of these supplements you’ll find a disclaimer: “These statements have not been evaluated by the Food and Drug Administration. This product is not intended to treat, diagnose, prevent, or cure any disease.” That’s what they say but, of course, all the advertising is designed to make you think otherwise. Here’s a quote from One A Day: “TruBiotics adds to your body’s good bacteria and helps support digestive and immune health.” Here’s another from Phillip’s: “Helps defend against occasional constipation, diarrhea, gas and bloating.” And one from Proctor & Gamble: “Help(s) fortify your digestive system and help(s) maintain your digestive system’s natural balance.” The latter advocates that Align is the “#1 gastroenterologist recommended probiotic.” Certainly sounds like they’re promoting their products to treat something.

Note the disclaimer marking this product as a dietary supplement and not a drug.

So why am I skeptical? The total weight of your intestinal flora approaches 2 kilograms, 99% of which are anaerobic bacteria. Outnumbered roughly 400,000 to 1, can a few milligrams of daily probiotic bacteria really compete effectively in a 2,000-gram jungle? Although most everyone is familiar with E. coli as a stool bacterium, this organism makes up less than 1% of the normal gut flora. Similarly, the species of Lactobacillus and Bifidobacterium provided in probiotics are present only in trace amounts in the healthy gut. When taken as a supplement they fail to colonize the lining of the intestine and must be taken indefinitely for effect. Stool is roughly 75% water, and 60% of what’s left is pure bacteria equating to roughly 100 billion bacteria per gram. Does it really make sense to think that ingesting a mere 3 to 5 billion CFUs (colony-forming units, a measure of living, viable bacteria) per day makes a difference? To put things in perspective, the number of bacteria contained in a typical daily dose of probiotic is roughly the same as that excreted in 1/100th of a teaspoon of stool. I don’t know about you, but after my morning coffee constitutional, I regularly churn out a good bit more than that. What’s needed is a way to distinguish between the literal crap we produce and the allegorical crap we’re being peddled.

Determining whether probiotics help treat something as nebulous as irritable bowel syndrome is fraught with hazard. IBS is a disorder of bowel function characterized by abdominal pain associated with a change in stool frequency, consistency, or form not caused by an inflammatory, anatomic, metabolic, or neoplastic process (meaning that doctors have looked but haven’t found anything). When studying the effect of a treatment, the greater the therapeutic benefit and the lower the placebo effect, the more likely it is that an observed response represents a true therapeutic effect. Unfortunately, IBS has a placebo response approaching 50% rendering any conclusions about the treatment of this disorder suspect. Most probiotic trials have been small and manufacturer sponsored. So too, there has been no consistency as to the specific strains of Lactobacillus and Bifidobacterium studied. At best, the effect of probiotics on the day-to-day symptoms of IBS is mild. 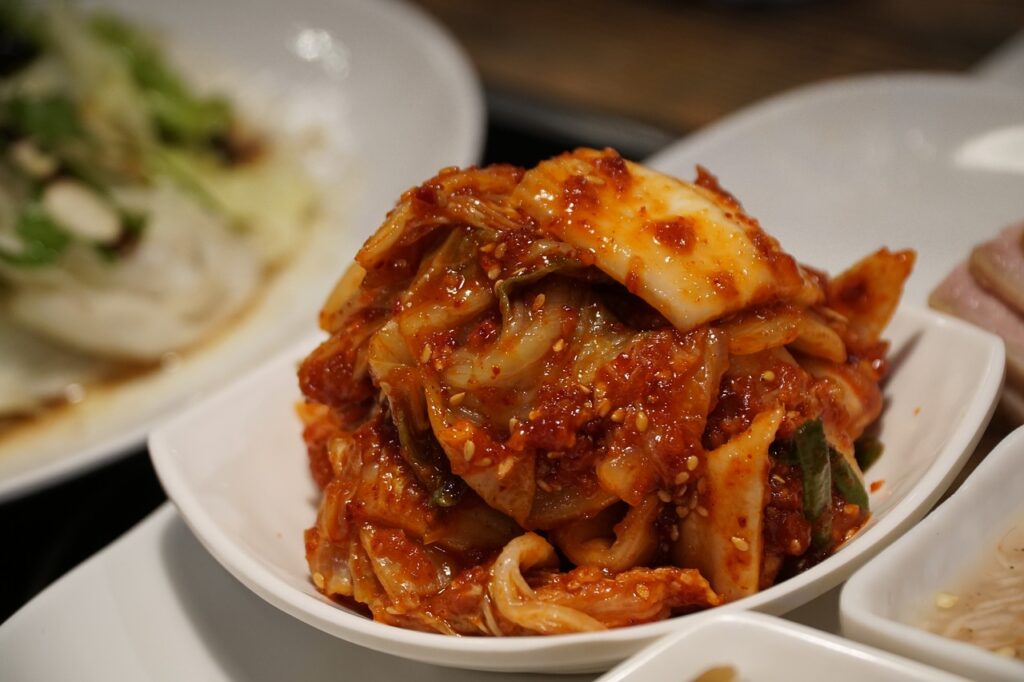 How about probiotics for food allergies, urinary tract infections, weight loss, liver disease, diabetes, hypertension, chronic diarrhea, lactose intolerance, or inflammatory bowel disease—all conditions where their use has been hyped? Sorry, there is no good evidence that they treat or prevent any of these conditions.

There is iffy data that probiotics may reduce your chance of catching a cold and that use in pregnant women during the third trimester of pregnancy and thereafter when breast-feeding marginally lowers the incidence of eczema in newborns. Alternatively, for patients with pre-existing eczema, probiotics appear to have no effect on the frequency or severity of outbreaks.

There are just 2 indications where data supports their use:

For acute infectious diarrhea caused by rotavirus, norovirus, and other noninvasive organisms the use of probiotics shortens the duration of symptoms by about a day and marginally decreases the severity. Not a big deal for illnesses that typically resolve on their own after 2 to 3 days but it’s something.

Probiotics are useful in the prevention of antibiotic-associated diarrhea. Approximately 20% of kids taking antibiotics for an ear infection, strep throat, pneumonia, or a UTI will develop diarrhea from the antibiotic. This occurs due to disruption of the normal gut flora. An antibiotic, after all, doesn’t know the difference between “good” and “bad” bacteria—it just kills them. Here, probiotics have been shown to decrease the incidence of diarrhea by 50% meaning that to prevent one case of antibiotic-associated diarrhea you need to treat 10 kids with probiotics. Since a 10-day course of Amoxicillin costs just $4 bucks, I’ll leave it to you to decide whether it’s worth the extra $10 to $20 needed to purchase a round of probiotics to go with it. Better yet, since we know that half of all antibiotics prescribed are used to treat viral infections of the upper respiratory tract where they don’t work, maybe just keep your child at home and treat him/her with Tylenol and fluids? 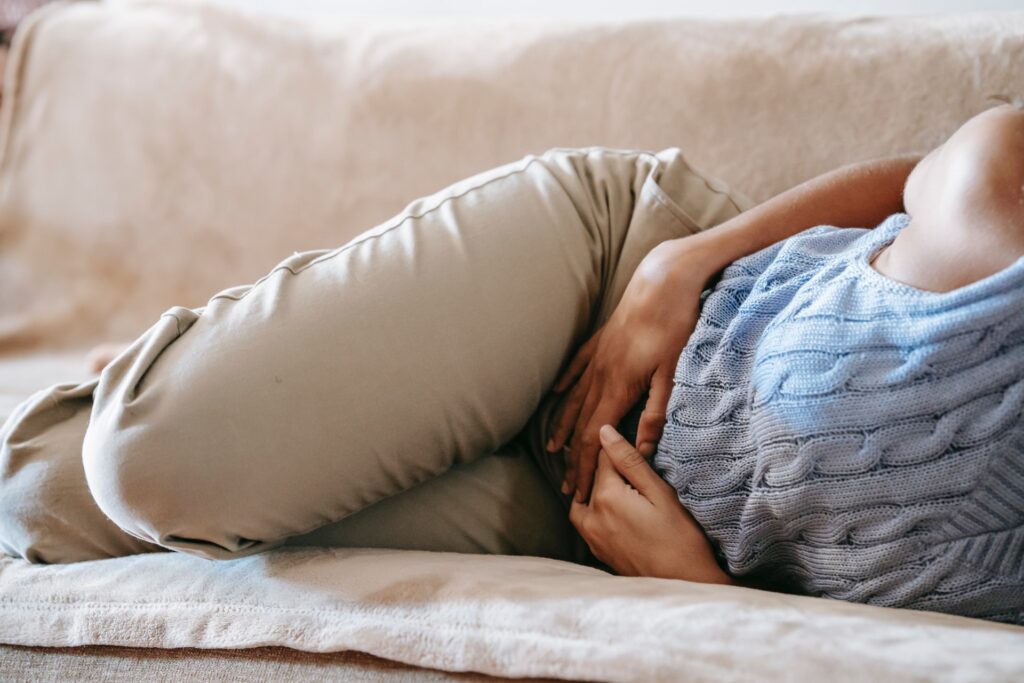 There is only one situation where I believe the cost of probiotics is worth it, and that’s to prevent antibiotic-associated C. difficile infection. This is a particularly nasty type of diarrhea that complicates antibiotic use in up to 5% of people taking them. In the elderly nursing home population the infection can be fatal, but even in young people it’s bad, causing fever, dehydration, severe abdominal cramps, and profuse, foul-smelling diarrhea. It’s difficult to treat and often recurs. Certain antibiotics are more frequently associated with it, particularly the fluoroquinalones (e.g. Cipro, Levaquin, Avelox), clindamycin, certain penicillin and cephalosporin drugs, and other high-potency antibiotics used in the hospital setting (e.g. imipenem). In this case, you need to treat 28 antibiotic-taking patients with probiotics to prevent one case of C difficile colitis. This is such a bad infection that it’s worth it. If I had an elderly aunt being treated with Cipro for a UTI, I’d give her 10 days of a probiotic to go along with it. Otherwise eat some yogurt, preferably a high quality Greek one without any added fruit or sugar. Add some honey and treat your cough at the same time. Read the evidence. Don’t buy the hype.

(For math geeks only) how I made the calculations;

Amount of stool that equals daily dose of probiotic bacteria:

One thought on “I’m skeptical about … probiotics.”