Second only to upper respiratory infections (“colds”), ear infections are an extremely common reason for winter trips to the pediatrician. More than 80% of children will develop an ear infection at one time or another, the peak incidence occurring in children between the ages of 6-months to 2-years. They are uncommon in infants. Boys are affected slightly more often than girls. Other risk factors include: daycare attendance, second-hand smoke exposure, bottle versus breast-feeding, pacifier use, frequent upper respiratory infections, GERD (gastroesophageal reflux disease), and the presence of craniofacial abnormalities. Although commonly diagnosed, there remains a good bit of misunderstanding about ear infections.

Because the term “ear infection” actually defines a spectrum of disorders, a few specifics are in order:

Otitis externa, also known as “swimmer’s ear,” is an infection of the ear canal, affecting roughly 10% of children. The pathology of otitis externa is separate from that of otitis media; different bacteria, different risk factors, different treatment. It is more common during the summer months, occurring more frequently in swimmers, those with eczema and psoriasis of the ear, and people who wear hearing aids. Obsessively cleaning the ear with Q-tips actually increases the risk of the disorder—so don’t do it! Symptoms include pain (often intense), itching, and drainage. Acetic acid drops lower the pH of the ear canal and may help reduce infection rates, although good data for its use is lacking. The cure rate with acetic acid is lower compared to antibiotic drops. A common effective treatment for swimmer’s ear employs a combination antibiotic drop that includes a steroid for inflammation (dexamethasone-neomycin-polymyxin), placed directly into the affected ear. This agent should not be used if the eardrum is perforated, in which case quinolone drops (ciprofloxin or ofloxin) are recommended. Sometimes the ear canal is swollen shut. In such cases, insertion of an ear wick provides a conduit for the delivery of antibiotic. Topical anesthetic drops containing lidocaine or benzocaine are effective at providing temporary relief. Oral antibiotics are ineffective and not recommended. With that addressed, the rest of this post is devoted to otitis media (middle ear infection). 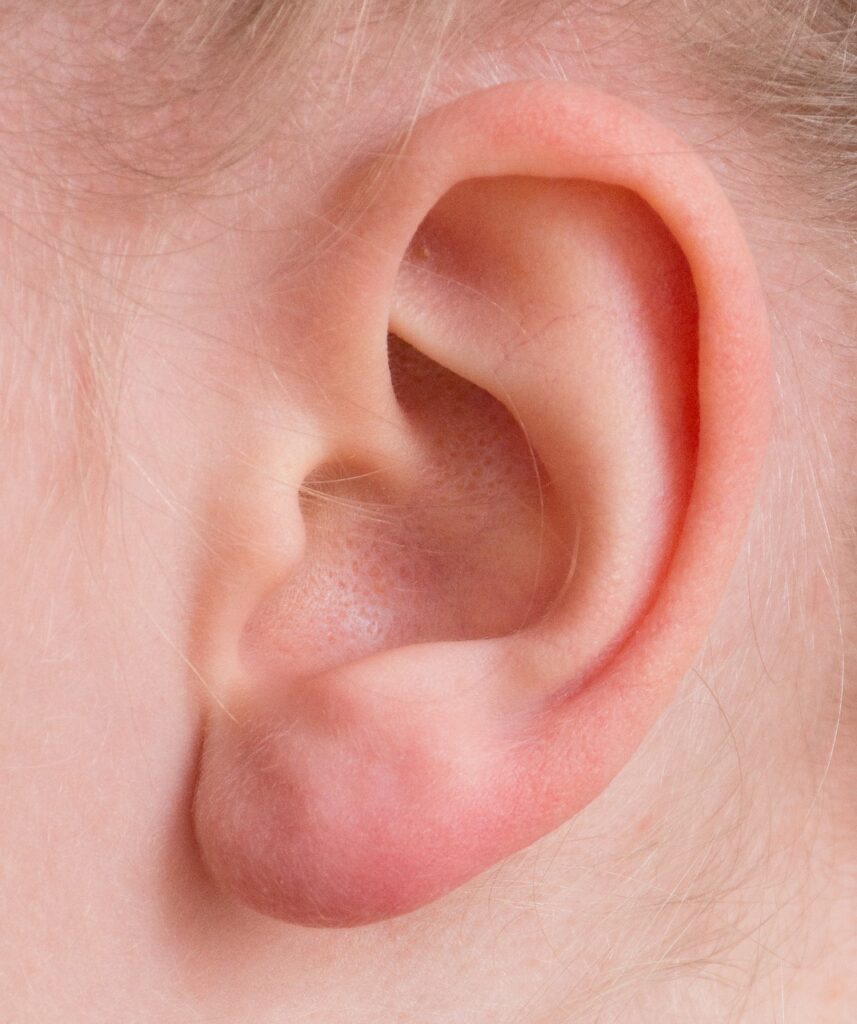 Most parents mistakenly believe that antibiotics are required every time an ear infection is diagnosed. The truth is that antibiotics rarely make much of a difference, either because the fluid behind the ear drum isn’t infected to begin with, or because it’s infected with a virus where antibiotics don’t help. Alternatively, even when a bacterial infection is present, most of the time the infection is readily cleared by the body’s natural defense mechanisms. In the absence of treatment, the symptoms of acute otitis media resolve in 80% of patients within three days. A Cochrane review on the topic noted that 16 patients need to be treated with antibiotics to benefit one additional patient over 4-7 days of treatment, meaning that 15 of 16 treated patients receive no additional benefit from antibiotics versus no antibiotics. On the flip side, it only requires treating 14 patients to cause harm, mostly in the form of antibiotic side effects (diarrhea) and allergic reactions. This means that treating ear infections with antibiotics actually harms (1 in 14) more children than it helps (1 in 16). Nor do antibiotics reduce pain better than a placebo during the first 24-hours of symptoms when ear pain is most severe, so there is no reason to burden your crying child with a trip to the ER in the middle of the night for a first dose of antibiotic. Instead, treat your child’s pain at home with an appropriate weight-based dose of ibuprofen and call your pediatrician in the morning. As is the case with strep throat, early antibiotics rarely affect the end outcome, and are only minimally effective at shortening symptom duration.

Nonetheless, antibiotics are prescribed to more than 95% of US children diagnosed with acute otitis media. A typical scenario is a 15-month old girl with fever to 102F, mild runny nose, and cough for a couple of days. Assume the toddler has not been pulling her ears (a nonspecific sign that is no better than flipping a coin at predicting an ear infection). The child cries during the exam, and the eardrums appear red. The doctor diagnoses a “double ear infection,” prescribes high-dose Amoxicillin, and sends the family on its way. Everyone is happy. The parents are happy because they believe their child is being promptly and correctly treated for a condition where antibiotics are needed, and the doctor is happy because the diagnosis is one that cannot be readily challenged (most parents don’t have an otoscope at home and aren’t trained on its use) while also offering a reasonable excuse to cover the child with antibiotics “just in case.” Similar scenes play out hundreds of thousands of times during the winter months in doctor’s offices, urgent care centers, and ERs throughout the country. 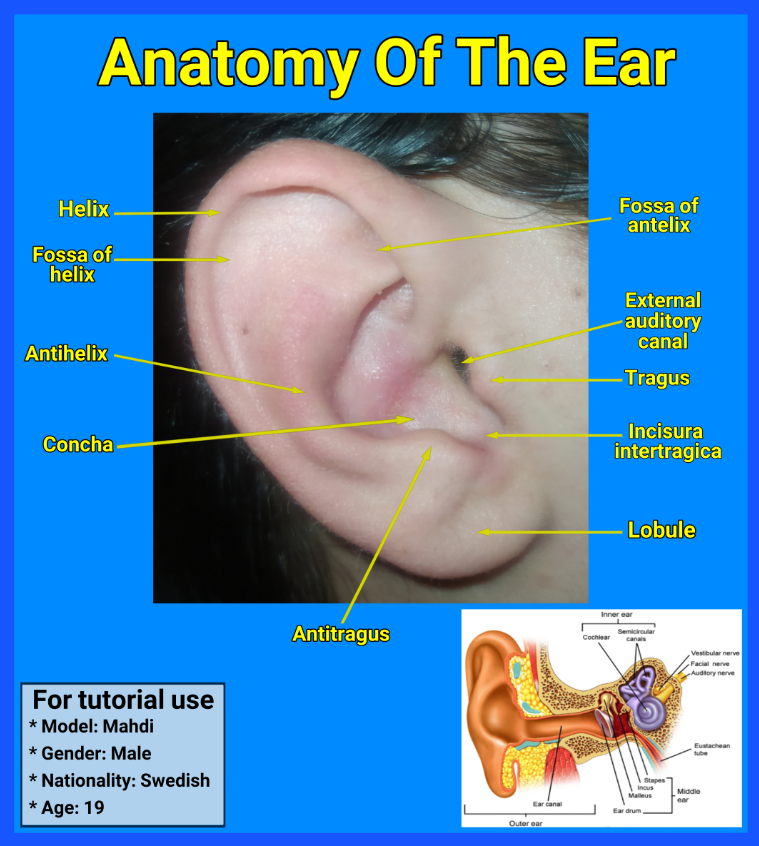 Unfortunately, this treatment is almost always wrong. The eardrum in children is tiny, less than 1/3 of an inch in diameter. It’s difficult to see and often partially, or completely, obscured from view by cerumen (earwax). The volume of the middle ear is also tiny, just 1/10 of a teaspoon. Now consider that otitis media is essentially a contained infection behind the eardrum. In other words, a small pocket of pus, about the size of an average pimple. But pimples don’t cause fever and neither do small localized infections elsewhere in the body, so the notion that otitis media results in a fever to 102F doesn’t make a lot of sense. Most of the time, the fever is the result of a viral upper respiratory infection, not an ear infection. In such cases, it’s a certainty that antibiotics aren’t needed.

Now consider a different scenario, that of a 4-year old boy who wakes up at 2 AM screaming with a severe earache. On exam, the eardrum is bulging, bright red, and angry looking. No fever is present. Now, this is acute otitis media (ear infection). The ear hurts because the inflamed fluid trapped inside the middle ear is exerting tremendous pressure against an exquisitely sensitive eardrum. In the absence of ear pain, I am very reluctant to make the diagnosis of acute otitis media. I am also very reluctant to attribute a high fever to it. An infant tugging at an ear doesn’t mean an infection is present. The minor abnormalities frequently found on otoscopic exam in kids with upper respiratory infections are far more likely due to transient eustachian tube dysfunction than a bacterial infection of the middle ear.

The eustachian tube connects the middle ear to the sinus cavities. When a cold occludes the sinuses, the eustachian tube draining into them also often becomes partially or completely occluded, trapping fluid and mucus in the middle ear. In turn, this results in the sensation of fullness and “popping” that commonly accompanies a cold. This does not mean that the ear is actively infected. In such cases the eardrum may be either mildly bulging or retracted. It is generally not red. This is termed otitis media with effusion, and can become chronic in children (“glue ear”) leading to hearing loss.

Eustachian tube dysfunction is the common denominator in most cases of both acute otitis media (infectious) and otitis media with effusion (noninfectious). In children, the eustachian tube is more horizontal, shorter, and more flexible relative to adults—all things that allow for readier blockage and infection.

It’s important to note that not all red eardrums are infected either—they can be red from fever, crying, or coughing. To correctly diagnose an acute ear infection requires the presence of fluid with symptoms of pain, fever, and redness. Pneumatic otoscopy can help to correctly identify those needing treatment. This involves placing an otoscope into the patient’s ear canal, obtaining an airtight seal between the specula and the canal, and then insufflating a bit of air by depressing a bulb attached to the viewing portion of the otoscope. Fluid in the middle ear limits mobility of the eardrum on insufflation. A painful, red, bulging eardrum with limited mobility is diagnostic of an ear infection (acute otitis media), while a retracted eardrum with limited mobility likely represents eustachian tube dysfunction. Unfortunately, most doctors omit pneumatic otoscopy when examining the ears of their patients. None of the wall otoscopes in any of the ERs where I work have insufflation bulbs attached to them (people kept stealing them), and only 7-33% of pediatricians routinely check eardrum mobility before prescribing antibiotics.

When otitis media is diagnosed, the use of antibiotics varies markedly by region and country. While nearly all US children are treated with antibiotics, that number drops to just 31% in the Netherlands. It turns out, the Dutch are likely correct. Limiting antibiotic use in their country hasn’t led to worse outcomes. There aren’t more kids with hearing loss or learning disabilities, but there are fewer with antibiotic-associated diarrhea. A common practice in Europe is to take a “watchful waiting” approach in children with mild to moderate symptoms. Knowing that the majority of childhood ear infections resolve without treatment in 2-3 days, parents are issued a prescription and advised to start treatment only if their child remains symptomatic after a period of watchful waiting at home. In the meantime, any ongoing ear pain is managed symptomatically with acetaminophen or ibuprofen. This makes a lot of sense. It addresses symptoms, markedly reduces antibiotic use, and empowers parents to be part of the decision-making process. I recommend it frequently in children without severe symptoms, and most parents like it.

Note that the guideline emphasizes that the diagnosis of an acute ear infection should not be made simply by looking in the ear with an otoscope! It also recommends a “watchful waiting” approach for many, if not most, ear infections. This is not what happens in the US, either due to a lack of physician awareness of the guideline, disagreement with its recommendations, or because of litigation concerns over not treating every child with an ear infection. It’s far easier for physicians to defend why antibiotics were prescribed than why they weren’t, but that’s not a very good reason to prescribe them to everyone.

Lastly, when should kids get tubes? Tympanostomy tubes are tiny hollow spools, 1/20 of an inch in diameter, placed through the eardrum by ENT surgeons. The reason for placement is to enhance drainage in children with recurrent infections or hearing loss due to persistent middle ear fluid collections. And just as removing the tonsils is effective at reducing snoring and airway obstruction, tympanostomy tube placement is effective for improving hearing loss due to blocked eustachian tubes. In both cases, surgery relieves the anatomic obstruction. Unfortunately, neither surgery is particularly effective at preventing recurrent infections. Just as tonsillectomy only marginally reduces subsequent throat infections, tympanostomy tube placement only marginally reduces subsequent ear infections, preventing just one additional ear infection over six months of follow up. A separate trial found no benefit at all in reducing recurrent infections. 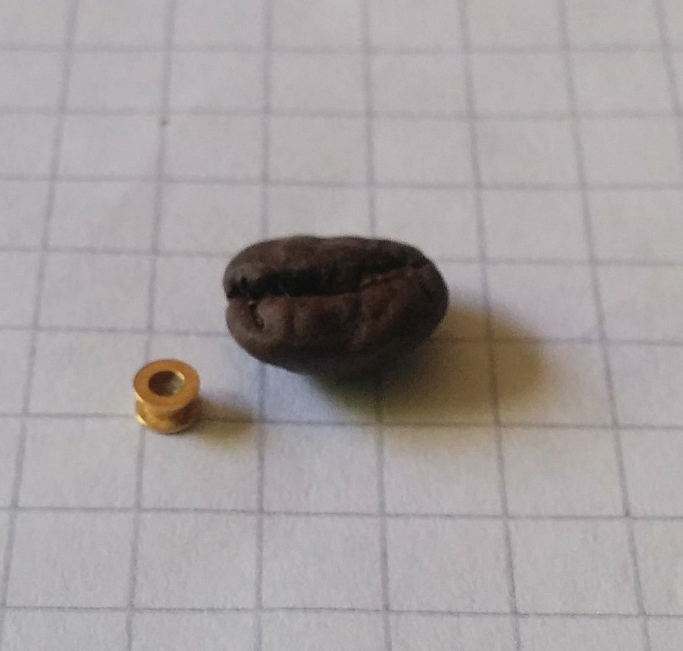 Currently, tympanostomy tube placement is recommended for recurrent otitis media in children only if they also have an active middle ear effusion, hearing loss, or structural ear problems. It is expressly not indicated in kids with just the occasional ear infection or a single episode of otitis media with effusion (middle ear fluid without infection).

The best ways to avoid ear infections in your children is to breast feed them, avoid daycare attendance (if possible), and vaccinate. The most common bacterial source of ear infections is Streptococcus pneumoniae. Vaccination against this organism results in a 43% reduction in ear infections in children under the age of two, while also markedly reducing the risk of pneumonia. Tremendous! There is data that vitamin D during winter months may lower the incidence of recurrent ear infections, so it might be worth a shot before shelling out for tympanostomy tubes. Probiotics and xylitol are likely ineffective, so don’t waste your money. Also, “no” to zinc, multivitamins, and homeopathic preparations. They decrease nothing other than the weight of your wallet.