In my last post, I noted that malpractice reform enacted in Texas in 2003 making it almost impossible to sue physicians failed to save money or decrease defensive medical testing. We now have ER data from South Carolina and Georgia demonstrating the same thing. Doctors in those states continued ordering tests up the yin-yang despite legislation substantially reducing the likelihood of a lawsuit. Why?

Because in the US, doctors are more fearful of being called out by their peers than they are of a lawsuit. The American medical system has longed played the “shame and blame” game when it comes to medical misfortune. It starts in medical school and intensifies during residency training. Young doctors are reminded at every turn that it’s far easier to defend the ordering of an unnecessary test than to defend not ordering a necessary one. This guarantees that physicians will order lots of low-yield tests in order not to miss the zebra in the herd of horses. Plus, physicians know that this is what the public desires. An interesting study a few years back found that patients rated their confidence in a doctor’s diagnostic acumen as to the cause of their abdominal pain when based on the history and physical alone a mere “20” on a 1-to-100 scale (0 = no confidence, 100 = complete confidence), but the score soared to “90” when lab work and a CT scan were added into the mix. All too often CT scanning in the ER has come to supplant, rather than augment, the physical exam. A 2008 survey found that more than 80% of emergency physicians agreed with the statement: “Relying on clinical judgment rather than on technology to make a diagnosis is becoming risky because of the threat of malpractice suits.” 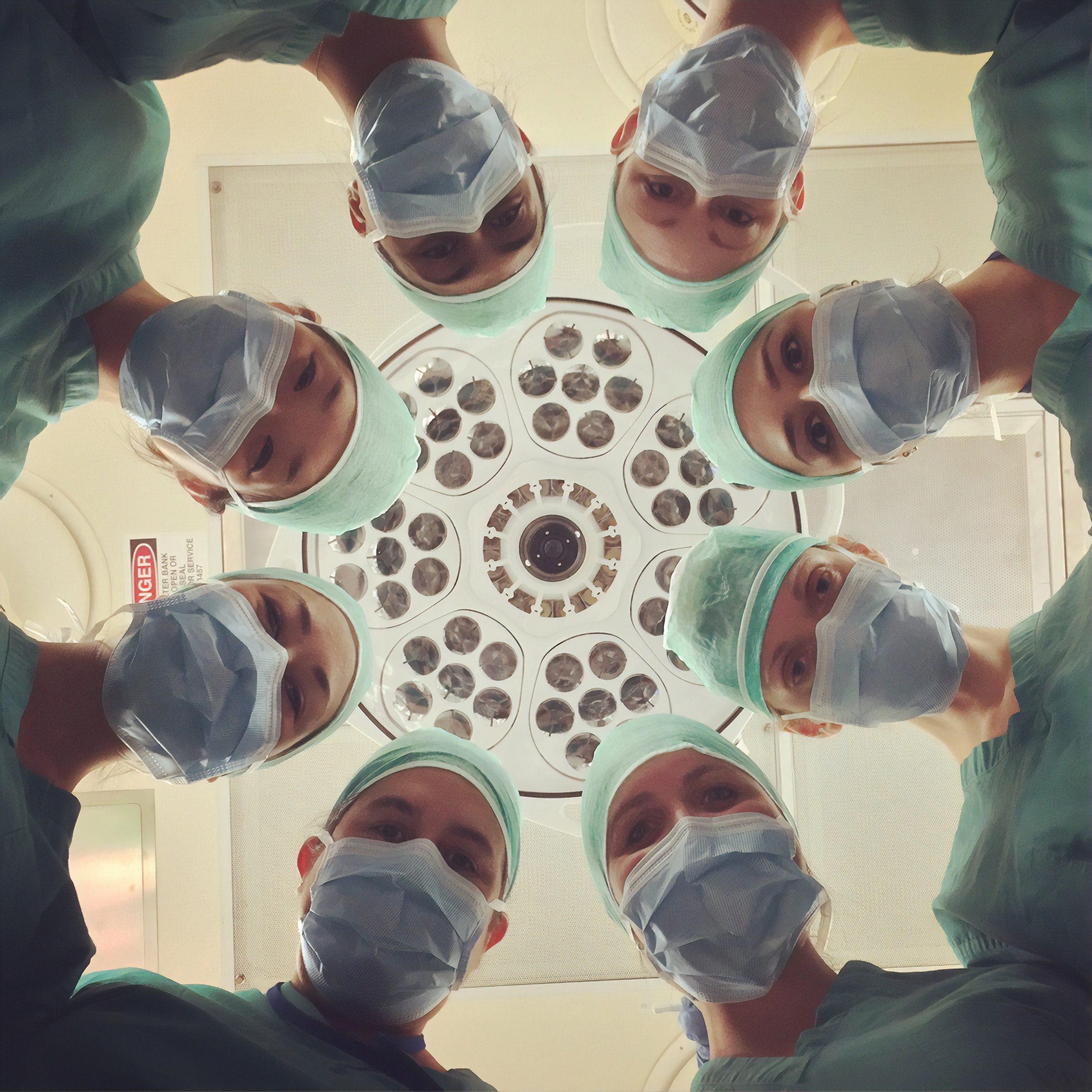 The ER is a malpractice mine field. For example, despite all the advanced imaging and testing, the percentage of chest pain patients seen and sent home from the ER with a heart attack still stands between 1-2%, at the same level as a quarter century ago. And since there are no new tests on the horizon promising to lower this number, it follows that the acceptable “miss rate” for heart attack should be bewtween 1-2%, right? Wrong, there is no acceptable “miss rate” for heart attack. In this area, emergency physicians are expected to be perfect.

In a country where so many people seem to believe that death is optional, the need to blame is very strong. And physicians, most of who have striven for perfection since early childhood, really, really don’t like to be blamed. But that doesn’t mean that doctors don’t engage in it. Physicians readily point fingers. During morbidity & mortality rounds, adverse patient outcomes are discussed in minute detail as doctors are called to task for errors of omission and commission. Although meant to be a learning experience, physicians inevitably perceive these discussions as a repudiation of their character. Sometimes the scene gets bloody. There are egos involved. Face it, nobody likes being called out in front of their peers. Medical executive committees, peer review committees, the DEA, state medical boards, and licensure committees are just a few of the people looking over our shoulders.

Despite all the oversight, high risk specialists like emergency physicians and neurosurgeons stand a 99% chance of being sued during their careers. On average, each suit takes longer to resolve than the time a doctor spends in medical school. This is time fraught with worry, self-doubt, and fear of censorship. Those having gone through it don’t ever want to repeat it, and this helps to explain why simply making it harder to sue doctors is unlikely to deter defensive medicine practices.

But that doesn’t mean our current sytem isn’t in need of reform. Speaking on 60 Minutes in 2009, President Obama said, “What I would be willing to do is to consider any ideas out there that would work in terms of reducing costs, improving the quality of patient care. So far, the evidence I’ve seen is that caps will not do that.” He’s right, as the data from Texas clearly shows. No, the reason we need reform is because our current system serves neither patients nor physicians well. It only serves the law profession well.

Consider that for every patient encounter, there are 4 possible results: 1) good care, good outcome; 2) good care, bad outcome; 3) bad care, good outcome; 4) bad care, bad outcome. Three of the scenarios are problematic but only the fourth constitutes malpractice and, in an ideal world, only the fourth would result in a lawsuit. This is not what happens. A Harvard Medical Practice Study of malpractice claims found no relationship between the presence of malpractice and the outcome of subsequent litigation. The only thing that correlated to indemnity was the severity of the disability; in other words, bad outcomes are what counts. Although I believe the quality of care provided matters a great deal, it doesn’t seem to matter much when litigated against a bad outcome.

Consider the following data from a 2005 US House of Representatives Joint Economic Committee report: only 3% of malpractice victims actually file a claim; more than 80% of liability claims don’t involve a negligent injury; more than half don’t involve an injury at all. Fewer than 10% of claims wind up in court and, when they do, more than 80% of the the time juries find in favor of the physician. It’s pretty clear that people sue when they shouldn’t and don’t sue when they should. The current system of arguing medical cases before juries with no medical training is equally silly. Think about it for a minute: The only time a case goes to trial is when the plaintiff’s medical experts and the physician’s experts don’t agree about whether the standard of care was met. If these experts—highly trained specialists with years of clinical experience—don’t agree, then how is a jury of lay-persons to decide? The answer is they can’t, so most verdicts depend upon non-medical issues like whether or not the plaintiff’s lawyer was able to drum up empathy for the victim, whose side had the the more polished “sounding” medical experts, and did the doctor on trial appear “arrogant” or “distracted?”—none of which have anything to do with the medical facts of the case. Even when plaintiffs win, they don’t win much; on average, receiving just 28% of the award, the rest going to court costs and lawyer fees. Does this sound like a system that’s working for the patient?

For someone injured during treatment, it really doesn’t matter who is at fault or if nobody is at fault—the injury still exists. So why not create a “no-fault” system wherein medically injured patients are rewarded based on the extent of their injury rather than on who caused it? Why not remove lawyers and lay-jurers from the equation and leave the policing of physicians to the state medical boards? Plus, removing blame would go a long way toward improving transparency and reporting.

Does such a system exist? Indeed it does. In 2005, New Zealand created a no-fault compensation system for the victims of medical injury. Similar systems also exist in the European nations of Sweden, Denmark, and Finland. Here’s how it works: Patients who have suffered a “treatment injury” file a claim with the ACC (Accident Compensation Corporation), who also solicits information from treating physicians and independent clinical advisors. Historically, the ACC has accepted roughly 40% of submitted claims (compare that with the US where just 3% of malpractice victims actually file a claim and where 80% of filed claims don’t involve a negligent injury). Most claims are settled within a few weeks and, by statute, all claims must be settled within 9 months (compare that to the average time to settlement in the US of 51 months). Those whose claims are denied have the right to appeal and, if still dissatisfied, may then take their claim to court. The ACC is funded through general taxation and an employer levy. Physicians still carry malpractice insurance but at a fraction of what US carriers charge.

Compensation occurs under 4 categories: 1) treatment and rehabilitation costs; 2) lost earnings compensation; 3) lump-sum compensation for permanent injuries, and; 4) support for dependents. Although the awards are far smaller than those typically granted in US malpractice cases, far more patients are compensated. And without the need to pay lawyers two-thirds of the settlement, more of the money ends up where it belongs—in the hands of the injured patient. Plus, wouldn’t it be nice to get all those injury lawyer commercials off the air? Let’s send Robert Vaughn back to late night re-runs of The Man From U.N.C.L.E. where he belongs.

Currently, the state of Virginia requires me to pay $300/year into a no-fault “birth related injury fund,” despite the fact that I don’t perform deliveries (except for the occasional “Oops!” in the ER). Under a nationwide “no-fault” system, all physicians might contribute to a broader injury fund. Since very few cases would end up in court, malpractice premiums would plummet resulting in a huge net savings for most doctors. Seems like a win-win for both patients and their physicians.

Two states—Georgia and Florida—currently have bills before the legislature that would allow for just such a system. Georgia’s Patient Compensation Act opens with the following: “Effective January 1, 2016, the cause of action under Georgia law for medical malpractice as defined in Code Section 51-13-2 is hereby repealed in its entirety.” Ah, sweet music to my ears.