In the US, head injury is the leading cause of traumatic pediatric death, resulting in roughly 7,400 fatalities, 60,000 hospitalizations, and more than 600,000 ER visits annually, so it follows that all this talk about concussion is a big deal, right? As an emergency physician and the parent of athletic kids who have been very active in soccer and gymnastics, I can’t begin to recall the number of times I have listened to a parent tell of rushing his/her child to the ER for a CT scan after some well-meaning health professional deemed the injury a “concussion.” The term conjures up a host of scary images. After all, everybody knows that Muhammad Ali’s Parkinson’s didn’t come from a bad-luck roll of the genetic dice; it came from getting his brain bashed in. So is it any wonder that in the minds of many people the term concussion = CT scan? There are problems with this association, however, primary of which is that while concussion represents a functional brain disorder, CT scans are used to diagnose structural brain disorders. By definition, the patient with a simple concussion has a normal CT scan, but knowing this hasn’t stopped a host of doctors from referring their patients to the ER for scanning. Part of the problem lies in the fuzziness of what constitutes a concussion. 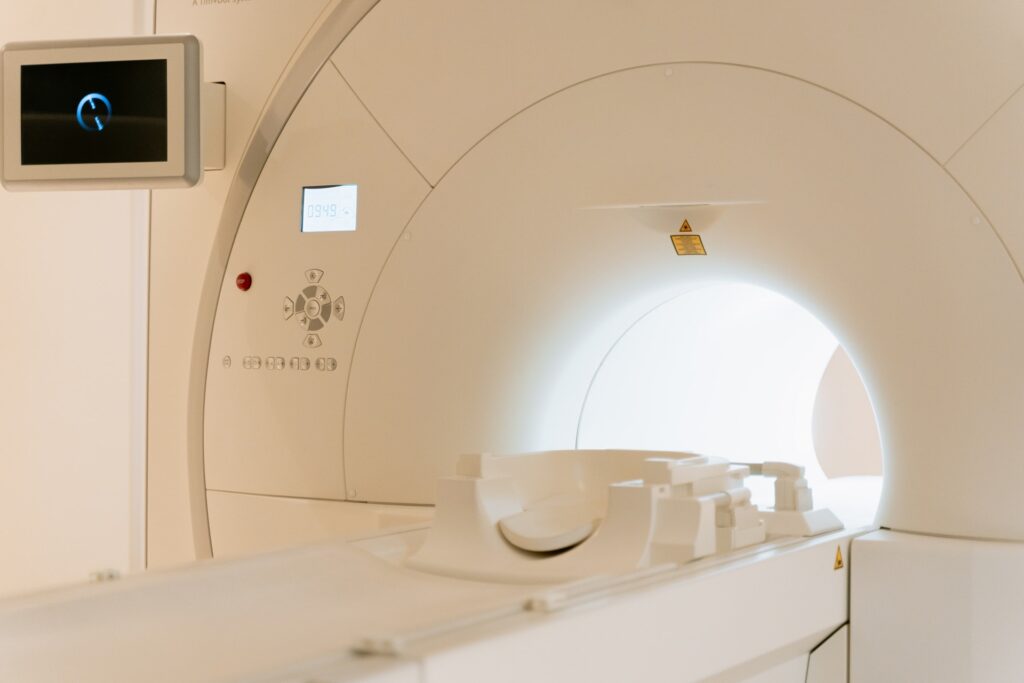 In 2012, an international panel of experts convened in Zurich to issue a consensus statement regarding concussion in sport. Here’s what they came up with: “Concussion is a brain injury and is defined as a complex pathophysiological process affecting the brain, induced by biomechanical forces.” Say what? This is rather akin to defining a collie as a “4-legged furry animal,” a definition that provides no help in discriminating a collie from a German shepherd, or a llama for that matter. Ask 6 different doctors to define concussion and you’ll likely wind up with 6 different answers.

Case #1: Knocked out for 6 minutes, puking afterward, and can’t remember the game. That’s a concussion for sure. Case #2: Hit head, remembers everything, continued playing, slept well but awoke with a headache the next day. Is this a concussion? These 2 cases are as different from one another as a collie is from a German shepherd but when both are lumped under the same concussion umbrella this guarantees a lot of anxiety and unnecessary testing. 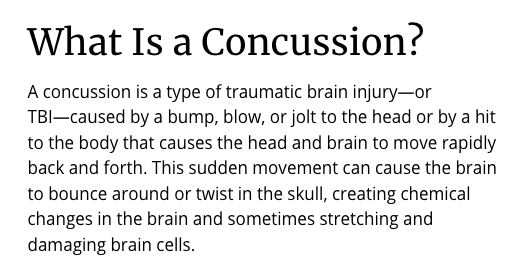 If your daughter hits her head tonight playing soccer and you take her to an ER tomorrow, the odds are roughly 50:50 that she’ll receive a head CT scan. The likelihood increases to 70% if she’s diagnosed with a concussion. So what’s wrong with that? Why not scan all head injured patients just to be safe? Beside the issue of cost there’s the more important matter of radiation exposure. We’re not talking small doses; a single head CT scan delivers the same amount of radiation as 50 chest x-rays. Three seperate studies have now found a small but significant increased risk of leukemia and brain tumors after childhood CT scanning. For example, an epidemiologic review of 280,000 CT scans ordered on kids between 1985 and 2002 in the UK determined that for every 10,000 head CT scans performed on young children, we can expect 1 extra case of leukemia and 1 extra brain tumor. That’s a pretty small risk, but so is the risk that the scan will uncover a serious injury. The number of head-injured kids requiring neurosurgical intervention stands at just 1 to 3 per 1,000 scans performed, so its pretty clear that we’re still ordering too many scans. 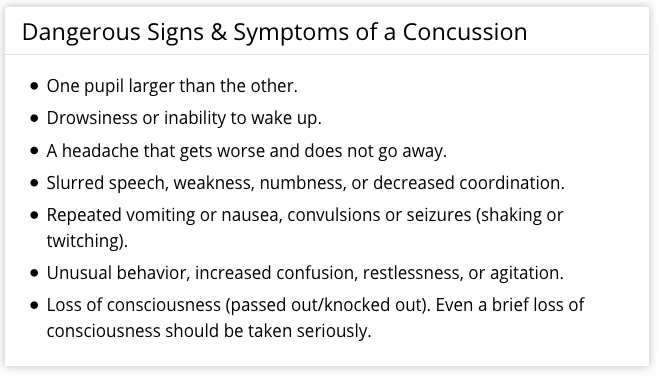 Not that people aren’t trying to do better. The efforts devoted to finding a useable decision instrument to decrease the number of CT scans in children with minor head injury have been truly Herculean. There are currently at least 6 different published decision instruments to help clinicians decide who needs a scan, and that number tells you that none of them are perfect. One of the best was published in 2009 by the PECARN (Pediatric Emergency Care Applied Research Network) study group. They enrolled more than 42,000 children with head injury, scanned more than a third of them, and determined that CT scans can safely be omitted in children older than age 2 provided the child is awake and alert, did not lose consciousness, is not vomiting, doesn’t have signs of a fracture at the base of the skull, doesn’t have a severe headache, and wasn’t injured via a severe mechanism like a high speed car accident. Unfortunately, there’s still a lot of wiggle room here, given that one person’s severe headache is another person’s trivial one (see my blog post on pain scores), but it’s good to know that we don’t have to scan everyone.

(Can be applied to all children with a Glasgow Coma Score of 14 or higher.*)

A ‘yes’ answer to either question warrants head CT scanning. ‘No’ to both indicates risk of serious neurologic injury less than 0.02% and CT scanning not indicated.

A ‘yes’ to either question warrants head CT scanning. ‘No’ to both indicates risk of serious neurologic injury less than 0.05% and CT scanning not indicated.

So what constitutes a concussion? First off, a concussion is not simply a headache after hitting your head. In the near term, the diagnosis requires at least some transient neurologic impairment like amnesia, loss of consciousness, or a seizure in addition to physical symptoms. Further out, a concussion involves not only persistent physical symptoms (e.g. headache, dizziness, dysequilibrium, and/or nausea), but also disturbances in cognition, mood, and sleep. The vast majority of patients I see in the ER after a head injury arrive with a normal neurological exam and no physical symptoms other than a persistent headache. While making exceptions for older patients with dementia and those on blood thinners, such folks don’t need a CT scan and should stop pestering their doctors to order them. “Watchful waiting” at home is the appropriate course for such cases.

It’s ok to take Tylenol for headache and drugs like Zofran for nausea. It’s also ok to take a nap and sleep through the night. Regardless of what your grandmother says, there’s a huge difference between sleep and coma and preventing the former won’t prevent the latter in the presence of a significant head injury. Narcotics should be avoided as they can cloud the picture by causing sedation and nausea, both of which are also symptoms of a worsening head injury. The oft-repeated warning to avoid NSAID drugs like Aleve and Motrin after a concussion is theoretical and based on bleeding concerns although there is no evidence to support this in practice.

Another question that frequently comes up is when is it safe for athletes to return to play after a concussion? It’s a good idea for all athletes to have baseline testing of cognition, mood, and memory prior to starting the season. Most school and club teams are already using some sort of standardized assessment tool. One of the most common is the SCAT-3 (Sport Concussion Assessment Tool–3rd Edition) which may be downloaded at http://bjsm.bmj.com/content/47/5/259.full.pdf. When the score on repeat testing after the injury returns to baseline it is safe to resume play.

The prognosis after a single concussion is good. Almost everybody is symptom free within a month. There are no specific treatments for mild-to-moderate concussion beyond mental and physical rest. One recent study actually found worse outcomes in patients assigned to 5 days of strict rest after concussion relative to those who followed a stepwise return to normal activity. So don’t hover—if your child feels fine, he or she can safely resume their normal routine. Remember that second concussions in close proximity to an initial head injury markedly worsens the prognosis. 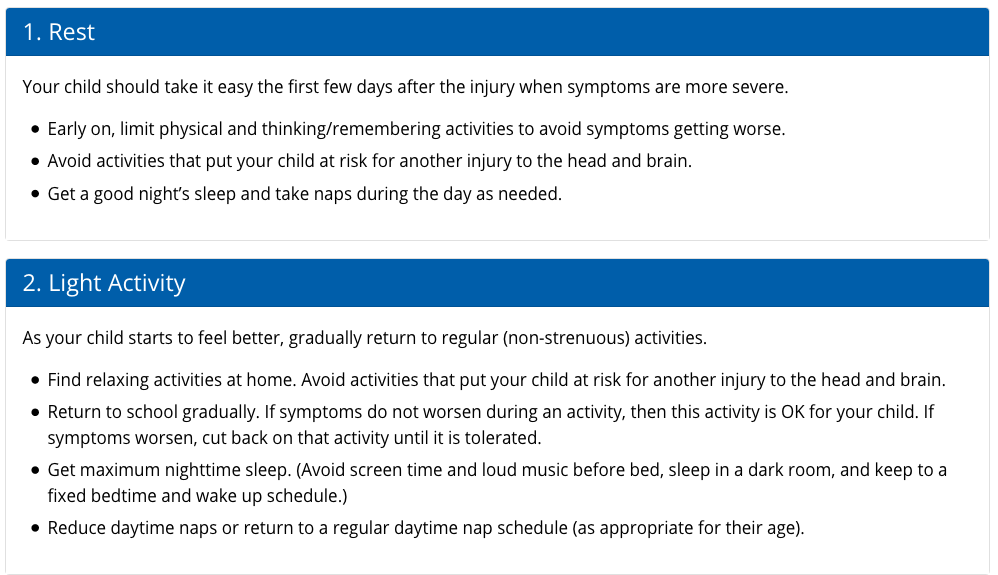 What sports are the most dangerous? After ruling out boxing where the stated goal is to induce a concussion in your opponent, hockey tops the list followed by football, lacrosse, and soccer for boys, while soccer leads the way for girls followed by basketball and lacrosse. The risk isn’t small but it’s not huge either. For example, in football the concussion rate is about 1 per 1,000 athlete exposures, meaning that if 2 teams played each other 45 times, one player would likely sustain a concussion. This is something to think about when considering whether or not to have your son play 40 high school games and 40 collegiate games over the course of his career. This also doesn’t take into account the hundreds of small head collisions that occur during practices that aren’t concussions but are likely knocking off small numbers of neurons nonetheless. More than 4,300 ex-NFL players have sued the league over failure to warn and/or protect against traumatic brain injury, with at least 25 having come from the dynasty teams of my beloved Steelers. I still love football, but I don’t want my sons to play it. 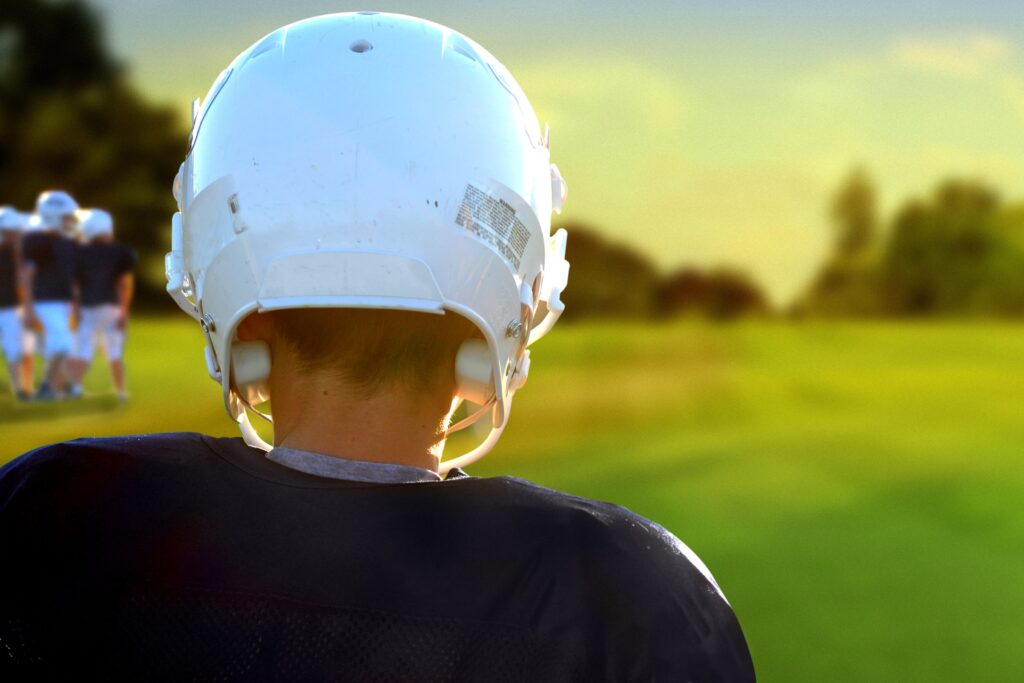 One thought on “I’m skeptical about … concussion.”