In July of 2015, I wrote a post questioning the recommendations of the American College of Cardiology / American Heart Association (ACC/AHA) to expand statin use in asymptomatic individuals. The reason this topic is so important is that it affects literally millions of people at a cost of multiple billions of dollars. The guidelines, released in 2013, increased the potential statin market by roughly 45 million Americans with the stroke of a pen. This was no different than when the American Diabetes Association changed the criteria for what constitutes diabetes in 2003, whereupon 25 million asymptomatic Americans suddenly became “disease sufferers” overnight. Outwardly, none felt any different, but the changes led to lots of testing, lots of worry, and lots of cost. But to no proven benefit. This time it’s statins for cholesterol. I’m skeptical when panels change the criteria for disease, especially when those changes mandate the use of expensive drug therapy in low-risk individuals. In my experience, such guidelines nearly always come from panels of “experts” with ties to the pharmaceutical industry. In the case of statins and the 2013 ACC/AHA guidelines, 8 of the 15 panel members (including the chairman and 2 co-chairs) had industry ties. Tsk, tsk, tsk. 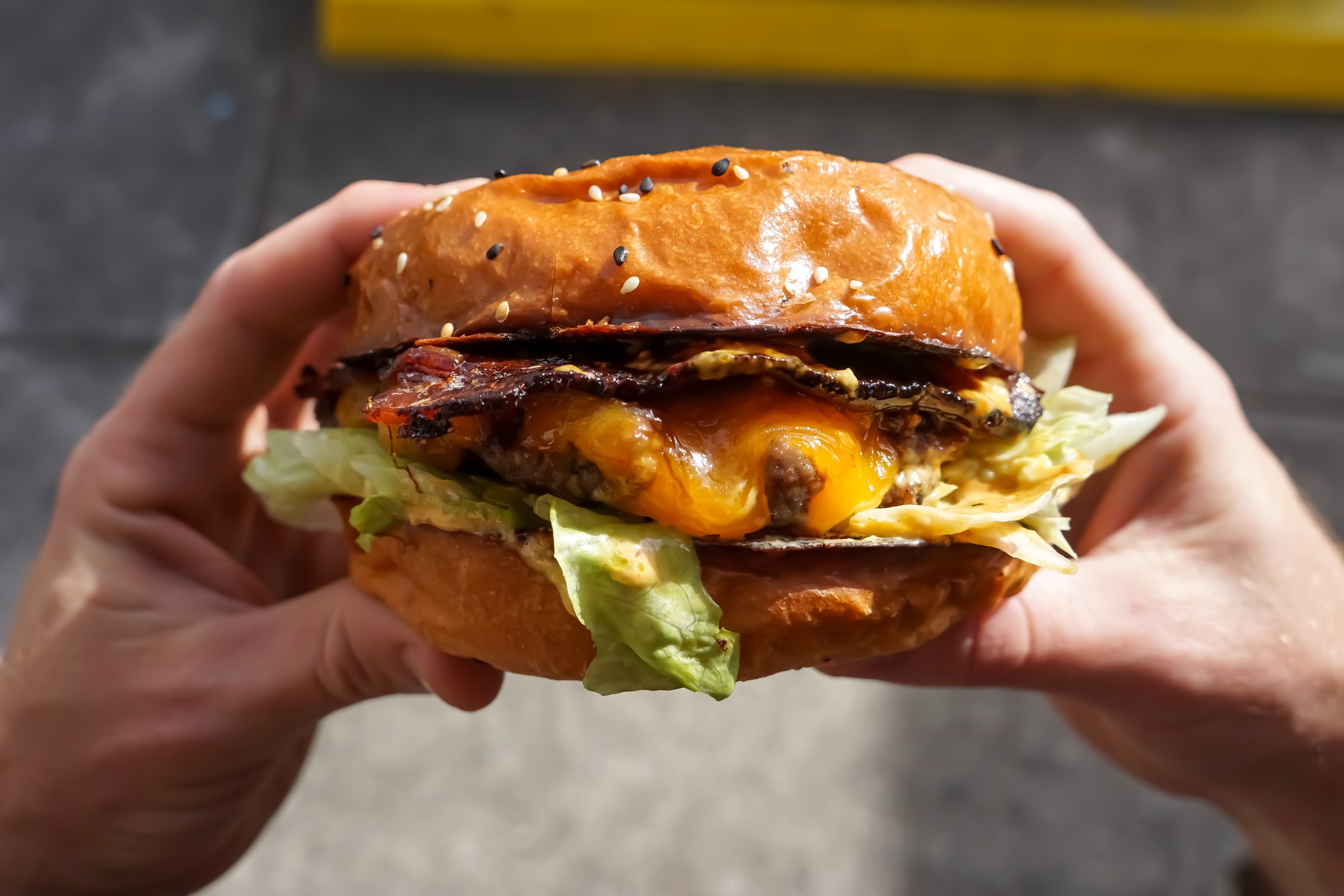 Background: Cholesterol is only found in animals and is a key component of cell membranes. If the diet fails to supply it, the body will synthesize it through alternative pathways, so going vegan isn’t necessarily the answer to the cholesterol conundrum. While some cholesterol is essential, too much creates problems. Elevated levels of LDL-cholesterol (“bad cholesterol”) and triglycerides have been linked to the formation of vascular plaques that increase the risk for heart attack, stroke, and dementia. Alternatively, HDL-cholesterol (“good cholesterol”) has been demonstrated to limit plaque formation, even resulting in regression of pre-existing plaques in certain patients. An optimal drug to treat atherosclerotic plaque would be inexpensive, have few side-effects, be effective at lowering LDL-cholesterol while raising HDL-cholesterol, with net improvements in patient outcomes manifested by fewer deaths, heart attacks, and strokes. Do statins fit the bill?

HMG-CoA reductase inhibitors—otherwise known as “statins”—work by inhibiting a key enzyme in cholesterol production, thereby decreasing the synthesis of “bad cholesterol” and, to a lesser extent, triglycerides, while simultaneously boosting “good cholesterol.” There are 7 FDA-approved statins that generate more than $30 billion in annual US sales. Without question, statins represent the greatest marketing success story in pharmaceutical history—expensive drugs required for a lifetime in millions of patients. Is it really a stretch to think that these same drug companies might attempt to expand their market by currying favor among guideline authors?

Do the drugs work? Yes, they do. Statins are capable of lowering LDL-cholesterol by 33-50% while simultaneously increasing HDL-cholesterol by 8-12%. Sounds great on the surface, but remember that lowering cholesterol with a statin represents a disease-oriented outcome, when what we are really after are patient-oriented outcomes, like whether statins reduce heart attacks, strokes, and death. This is a separate issue, and you can be sure that when a drug company touts a great improvement in some surrogate marker for disease (like hemoglobin A1c in diabetes, or LDL-cholesterol in heart disease), then the effect of the drug on outcomes that really matter like death and disability are either minimal or absent altogether. (“His numbers looked great. I wonder why he died?“) But for the sake of this post, let’s assume that the data for statins in patients with prior heart attacks, strokes, and those with symptomatic heart disease is solid. Patient outcomes are improved. This still leaves more than 100 million Americans without heart disease, of which more than a third should be taking statins per the ACC/AHA guidelines. I want to stress that if you’ve already had a heart attack or stroke, you should be taking a statin. This post is for the millions of those who haven’t. 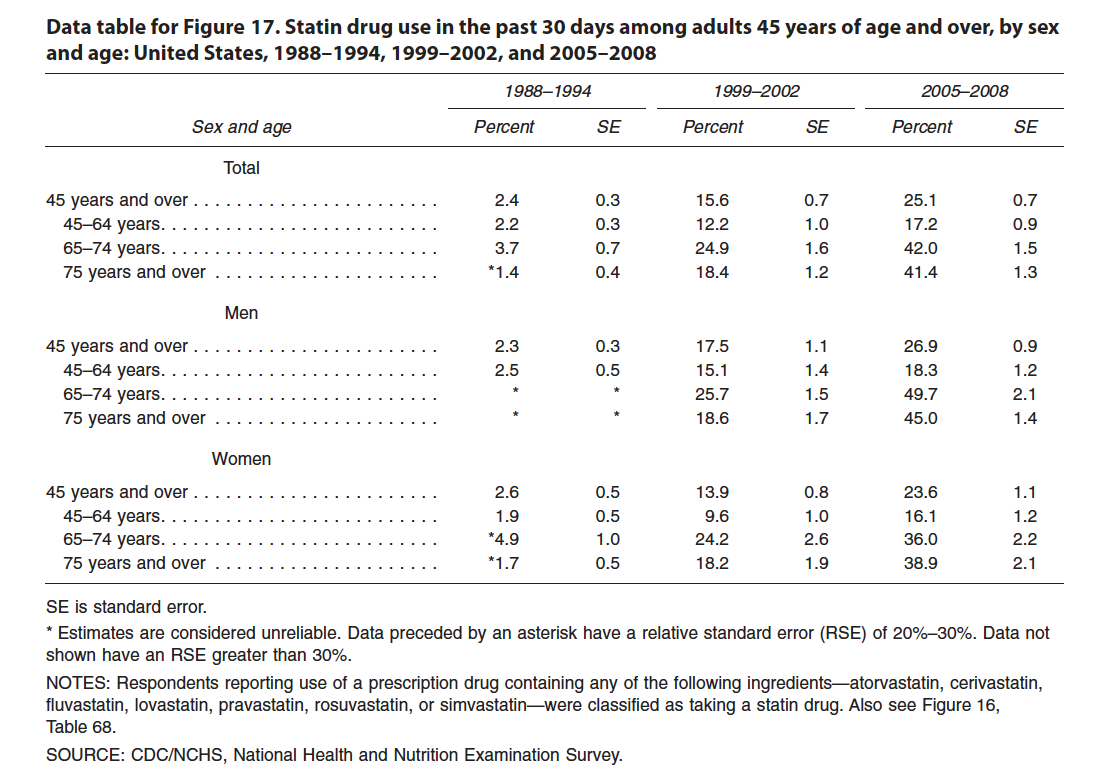 If the cholesterol is in the meat, then the evidence must be in the beef. So where’s the beef? Prior studies demonstrating a mortality benefit with statins were done almost exclusively in patients with pre-existing cardiovascular disease. What about the rest of us? Here the data are not so compelling, and because it fails to achieve a consensus, there is no universal guideline. The 2013 ACC/AHA recommendations differ from those of the UK’s National Institute for Health & Care Excellence (NICE) and differ again from those of the Canadian Cardiovascular Society. And now to further muddy the waters, in November the US Preventative Services Task Force (USPSTF) released their recommendations for statin use in patients without symptomatic cardiovascular disease. They, too, differ slightly from the others, but I believe represent a step in the right direction. In general, the USPSTF does excellent work. Along with the reviews done by the Cochrane Collaborative, their analyses are as good as it gets. Although it is impossible to entirely remove bias from the equation (intellectual bias wherein a reviewer harbors a career-related academic interest in the outcome of a study is particularly pesky), at least none of the 17 authors of the USPSTF guideline had any ties to statin manufacturers. The amount of literature they reviewed was huge and represents of the best available evidence. I commend the committee for their work.

The task force recommended statins for asymptomatic patients aged 40 to 75, with one or more risk factors for coronary artery disease (smoking, elevated cholesterol, diabetes, and/or hypertension), combined with a calculated 10-year risk for an adverse cardiovascular event of greater or equal to 10%. The evidence here was given a “B” grade, meaning a high certainty of at least a moderate benefit or a moderate certainty of substantial benefit. To summarize: Give statins to asymptomatic middle-aged folks with risk factors for heart disease and a high calculated risk for future bad stuff. The evidence is supportive but not definitive. 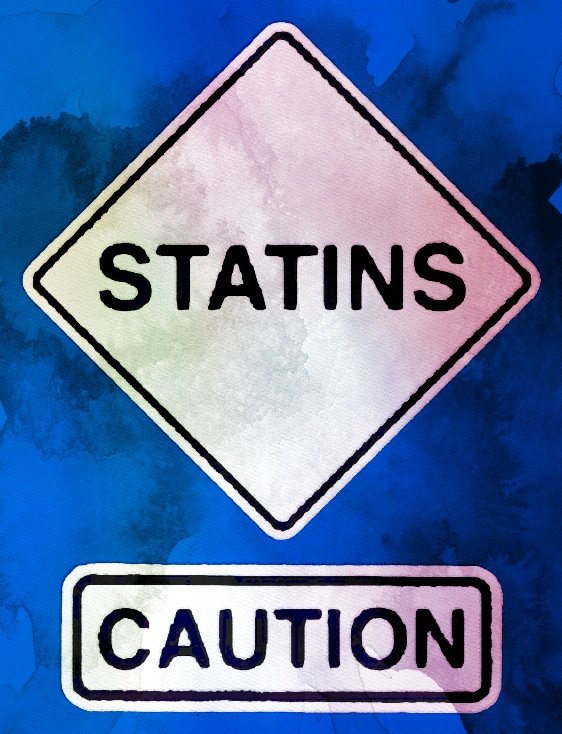 The task force recommended that statins be considered in asymptomatic patients aged 40 to 75, with one or more risk factors for coronary artery disease, combined with a calculated 10-year risk for an adverse cardiovascular event between 7.5 and 10%. The evidence here received a “C” grade, meaning a moderate certainty of at least a small benefit. To summarize: Consider statins in asymptomatic middle-aged folks with risk factors for heart disease and a moderate calculated risk for future bad stuff. The evidence is debatable.

The available data was deemed insufficient to make clear recommendations for patients younger than 40 or older than 75, but it’s interesting to note that the American Academy of Pediatrics recommends cholesterol screening for all children starting at age 9 (primarily to look for inherited conditions that markedly elevate LDL-cholesterol and triglycerides).

The trouble I have with both the 2013 ACC/AHA and 2016 USPSTF recommendations lies with their use of the 10-year risk calculator. The problem—and it’s a big one—is that, when compared to the actual outcomes noted in 3 large observational trials, the calculator markedly overestimated the risk of a future heart attack or stroke by somewhere between 75 and 150%. This essentially invalidates any-and-all recommendations that arise from its use. I recently underwent an insurance physical and plugged in the numbers from my blood work. My calculated 10-year risk for badness was 5.4%. Statins not recommended. Just to be sure I plugged my numbers into the Framingham and QRISK2 calculators used by other medical societies and arrived with similar numbers. But tweak my statistics a bit, say by adding 3 years to my age, 10 points to my blood pressure, and changing my race to African-American and presto, statins recommended!

Some of you might be thinking; Well, okay, but isn’t heart disease the leading cause of death in this country? If my calculated risk is high, I want a statin. What I would offer in response is that scared thinking makes for bad decisions. Besides cost (a month’s supply of Lipitor costs $106, Crestor retails for $167, while Zocor tops out at $250, with generics running a quarter of that), there are side-effects associated with the drugs. And unlike the potential benefits that increase with increasing disease severity (i.e. the sickest patients benefit the most), the potential harm is equal across the board, meaning that for low-risk, asymptomatic patients, the likelihood of harm far exceeds the likelihood of benefit. Which brings me to the matter of semantics. Physicians always speak in terms of “risk/benefit.” This is technically wrong, implying that while there is only a risk of harm, there is a certainty of benefit. It is more accurate to speak in terms of the potential for benefit versus the risk for harm. It’s shocking—but nonetheless true—that most drugs result in neither benefit nor harm. For most diseases, treatments don’t affect outcomes. This principle holds true for both simple conditions like antibiotics for ear infections, and complex ones like thrombolytic drugs for stroke. It’s a mathematical certainty.

Alternatives to Statins for Treatment of Hyperlipidemia:

In the case of statins, the number of patients without pre-existing heart disease a doctor needs to treat for 5 years to prevent one non-fatal heart attack is 60, meaning that for every 60 patients treated, 59 will derive no tangible benefit (other than their “numbers” looking better). To prevent one stroke, a doctor must treat 268 patients. To prevent a single death the number is infinite, because there are no trials demonstrating a mortality benefit when statins are given to patients without heart disease.

What about harm? Here, the number of patients a doctor needs to treat for five years with statins to cause muscle injury is 10, while 1 in 50 will develop diabetes from the drugs. There are also reports of cognition and memory impairment associated with statins. In a review of nearly 500,000 UK patients, there was a 4-fold increased risk of memory impairment during the first month of statin therapy compared to controls. Overall, the data are clear that more patients are harmed from statins than benefit from them, but since the harms prevented are more serious than the harms caused, I’m okay with treating at-risk patients with underlying heart disease. But please, let’s stop prescribing them to every Tom, Dick, and Harry just because they have blood vessels and a heart.

2 thoughts on “Update on Statins”