In April, I posted 2 essays on low back pain (“I’m skeptical about … low back pain,” parts 1 and 2). In them, I explained why the American way of treating this ubiquitous disorder is so expensive, wasteful, and ineffective. It relies largely on pharmaceuticals to mask pain, and technologies to image the spine that rarely affect patient outcomes. I argued further that for chronic back pain, doctors have little to offer, but this doesn’t mean that nothing works. In fact, there are a host of treatments that improve outcomes and diminish pain. Chiropractic, physical therapy, deep tissue massage, Pilates, tai chi, acupuncture, stretching, and core exercise regimens are all effective, working better with fewer side-effects than available pharmaceuticals like NSAIDs and opioids. 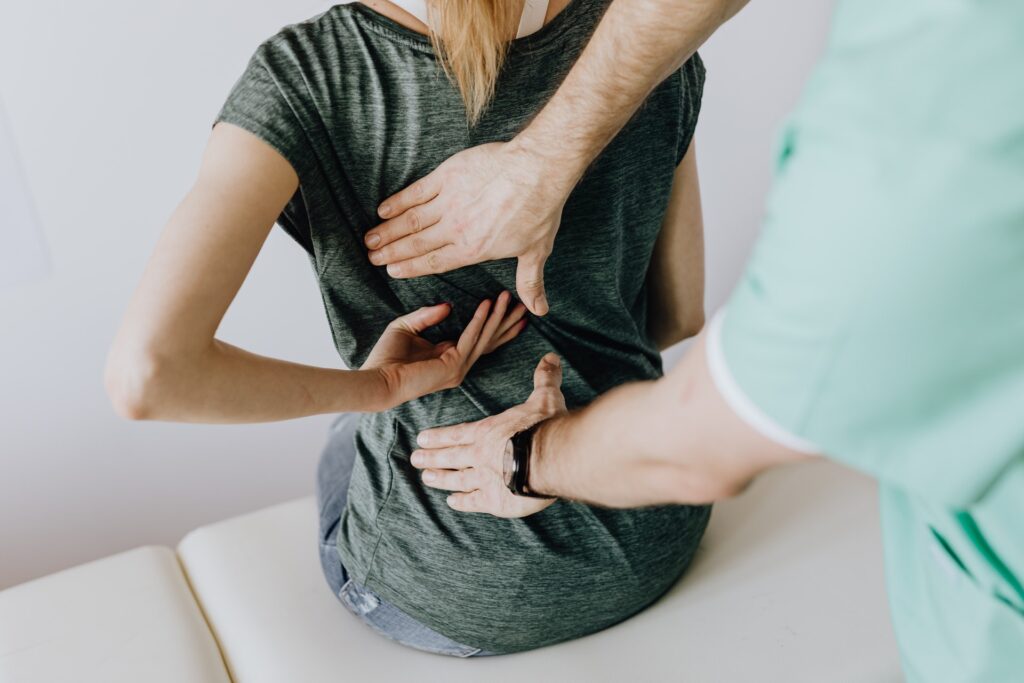 In March of this year, a study comparing yoga and mindfulness training versus usual care for chronic low back pain appeared in JAMA. The trial randomized 342 patients from the state of Washington with chronic low back pain (mean duration 7.3 years) into 3 groups. The first received meditation and mindfulness training in combination with yoga for 8 weeks (2-hours/week). Participants also received workbooks, audio CDs, and instructions for home use. The second group underwent cognitive training that included education about the mind-body connection and its effect on pain perception, coping strategies (e.g. positive visualization, relaxation, and biofeedback), and instruction on how to mitigate dysfunctional thinking (e.g. “Back pain is ruining my life.”/ “I’ll never get well.”/ “This is hopeless.”). Participants also received instruction on meditation, yoga, and a copy of the book, The Pain Survival Guide: How to Reclaim Your Life. The third group continued their usual care (i.e. “do what you’ve been doing”). All patients were allowed to continue taking any prescribed medications. Participants were then assessed using a previously validated scoring system of low back function at 4-, 8-, 26-, and 52-weeks. Secondary outcomes included measurements of depression, anxiety, pain, and overall health.

And guess what? At 26- and 52-weeks the mindfulness and cognitive intervention groups were far more likely than the usual care group to report that their pain was “much better” or “completely gone.” They suffered less anxiety and depression, enjoyed better health overall, and were more likely to report meaningful improvement in back function. Three cheers all around. But I’m still skeptical. Why? Because buried in the fine print of the article, the authors noted that barely half of those assigned to the mindfulness training and cognitive conditioning attended even 6 of the 8 scheduled sessions. Most just couldn’t be bothered. Even though the training helped people more than their current medications. Even though the sessions improved patient quality of life across the board. Even though the training was free. Even though the patients were paid for each survey they completed. When you ask people to expend energy rather than money to improve their lives, most look elsewhere. What patients seem to overwhelmingly prefer—even for chronic issues—are pills and technology. How can we, as a society, reverse this trend?

During my last shift, I saw 4 patients with chronic back pain. They all wanted opioids. One wanted an MRI. My pep talk on empowerment fell on deaf ears. If I turn such folks away empty-handed, I just might find myself unemployed. If I give in, the problem is perpetuated and perhaps even made worse. What would you do? Back pain is the most common pain-related complaint seen in the ER. It is the leading reason patients request Percocet. Given that 80% of heroin users start out on prescription opioids, what’s a doctor to do?

I just read about a drug named Carfentanyl. It’s 10,000 times more potent than morphine and is being used to enhance the high of street heroin. A kilogram of the stuff is capable of fatally overdosing 50 million people, and this is the amount Canadian authorities recently seized in a shipment of printer parts from China. The drug has been linked to more than 200 overdoses in the Cincinnati area and 20 fatal overdoses in Western Pennsylvania. Don’t get me wrong; I’m not suggesting that back pain leads to Carfentanyl. But since non-pharmacological treatments are cheaper, work better, and are more empowering than pharmacological ones, aren’t they the appropriate place to start? Get up and move. It’s what we’re made to do.