Final thoughts: If you have a bad sore throat, go ahead and see your doctor, even get a rapid strep test if you want, but know that using penicillin (even the shot) will get you better only marginally faster than simply gargling with salt water, drinking plenty of fluids, and taking fever medicine. If your throat is so swollen that you can’t swallow, there’s good evidence that a slug of steroids will help, so don’t forget to ask for them. In the meantime, stay healthy my friends!

To see what strep throat looks like, visit the following: www.youtube.com/watch?v=3ev_9UIHsA0 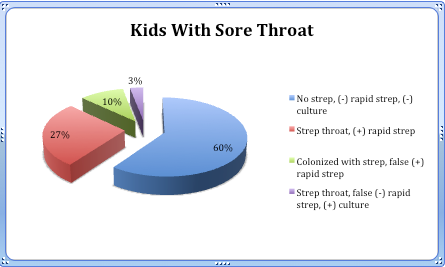