As a long-time competitive inline speed skater, I can tell you that there are only 2 types of skaters: those who have had low back pain and those who will. Pretty much the same applies to the population at large with low back pain affecting more than 80% of adults at one time or another. It is the number one reason why patients are referred for physical therapy, the second leading cause of missed days at work (after colds), and the 5th most common reason why people visit a doctor. More money is spent treating this common malady than for all other medical miseries except heart disease and cancer. Unfortunately, most of that money is simply wasted, spent on unnecessary tests and treatments that don’t work. When it comes to low back pain, western medicine fails for all but the sickest cases.

The simple truth is that 90% of episodic low back pain resolves in 6 weeks or less, whether everything is done or nothing is done. Although flare-ups are common, only about 10% of people develop chronic pain that affects their daily quality of life. But we’re an impatient society and few are willing to sit idly by while nature cures the disease. This is not surprising. We are constantly bombarded with messages telling us to seek pharmacological, technological, and surgical cures for conditions that, frankly, rarely require them. It’s an unusual day in the ER when I don’t encounter at least one patient with acute low back pain and another with chronic pain. For the former there is a lot I can do to provide temporary relief, for the latter I have nothing but advice and referrals.

The most common cause of low back pain is lifting, usually in combination with a torque. It’s typically not anything heavy; more often than not it’s something simple like reaching behind you to adjust your child’s car seat, or bending down to pick up a pair of shoes. A zig where a zag was required. In what is largely a protective mechanism, the body responds with an involuntary contraction of the muscles surrounding the source of irritation. While very effective in preventing further movement, this protection comes with a cost. Think of the stress involved if somebody asked you to flex your biceps muscle for even as little as 5 minutes. How long do you think it would take before your arm started to quiver? The same thing happens in a less obvious way when the back is injured. First, as the muscles supporting the spine fatigue they begin to spasm; second, they recruit their neighbors, which explains why back pain that starts locally typically ends up fanning out across the lower back and into the buttocks. Muscle spasm is exacerbated with movement, often sending ribbons of pain shooting down the leg. This is all pretty miserable but represents a normal physiologic response to injury. Having been affected with this sort of pain on more than one occasion, I am totally empathetic with the people who come to me seeking relief.

But should we be imaging this common malady and treating it with opioids? Over the last 15 years this is increasingly what happens. While the use of NSAIDs like ibuprofen and naproxen to treat low back pain has declined by a third, the use of opioids has increased 50%, and the use of MRI scans by nearly 60%. I find this disturbing as none of these trends are supported by the medical literature. In a survey of family physicians more than 40% said they routinely obtain x-rays in patients with low back pain, and that number climbs to more than 60% in patients with sciatica (pain radiating down the leg in response to irritation of the sciatic nerve). These are not evidence-based decisions. In a study of more than 68,000 patients, routine x-rays changed management in less than 1 in 2,500. In another study of 1,170 patients under age 50 without a history of cancer or neurologic findings, x-rays didn’t change management in a single one of them. Not one.

Meanwhile there’s the matter of cost and radiation exposure. Per a 2012 Consumer Reports article, a routine set of lumbar spine films will set you back $200 to $290 (not counting radiologist fees), while exposing you to the equivalent of 75 chest x-rays worth of radiation. That’s a lot of money and radiation for something that doesn’t help you get better faster. Despite what you may have heard, routine x-rays for back pain are out. 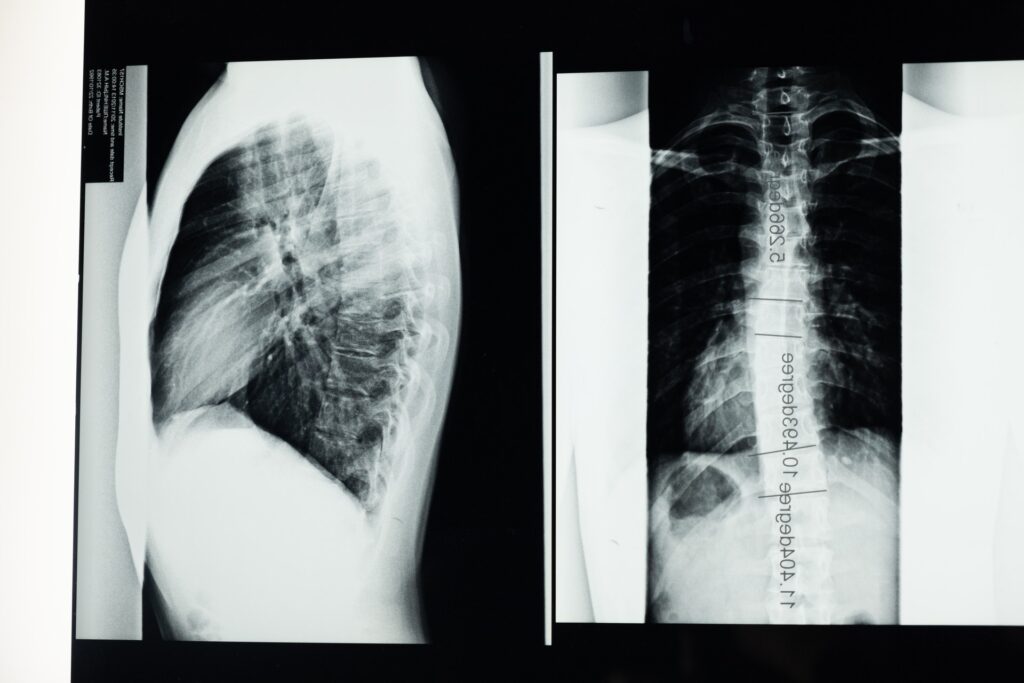 What about MRI? There’s no radiation and the study provides exquisite detail, not only of the bones but also of the spinal cord, nerve roots, muscles, ligaments, and vertebral discs. When patients come to my ER requesting a study, this is typically the one they want. The number of MRI scans ordered more than tripled between 2000 and 2005, and that number is higher still today. The US is home to twice as many scanners per capita as any nation on earth, with 4-times as many as Canada and the UK. Similar to the relationship between lawyers and lawsuits, when you have more scanners you get more scans. But more scanning doesn’t equate to better outcomes. In a study of work-related back pain, when MRI scanning was performed within the first month after an injury the rate of surgery increased 8-fold. Even when the scan didn’t uncover a surgical problem the results led to more testing and treatment, increasing the overall cost of care by a factor of 5. Instead of better outcomes, early scanning adds to cost, surgeries, and disability claims. 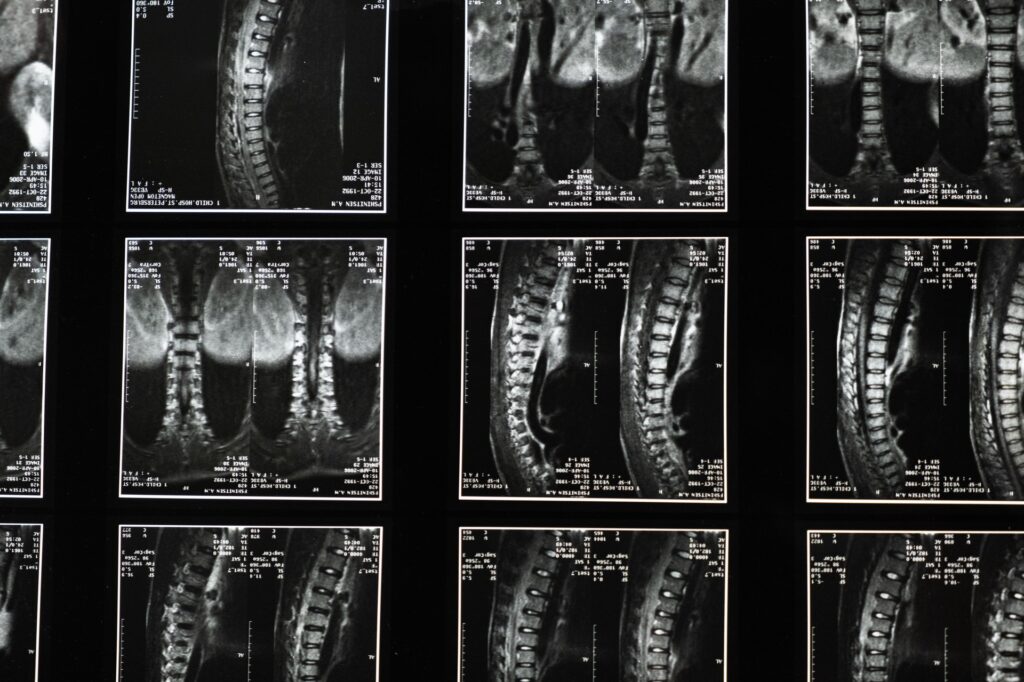 The problem lies in the fact that the majority of us have abnormal spines. In a study looking at asymptomatic folks age 60 and older, 36% had evidence of a herniated disc, 21% had spinal stenosis, and more than 90% had findings of degenerative or bulging discs. About half of these findings were considered severe enough to warrant surgical consideration. But none of these patients were experiencing any symptoms. Now what if a similar person just happens to throw out her back and has an early MRI scan demonstrating a bulging disc? Seems entirely plausible that she might be referred to a spine surgeon and even undergo surgery—all for something that was likely present before the injury. Just to play devil’s advocate, it’s possible that an acute injury might cause a mildly herniated disc to become severely herniated. In theory this is true, but it’s rarely true in practice. According to one study, when asymptomatic patients with spine pathology on MRI subsequently injured their backs and were re-scanned, 84% of the time the second scan showed either no difference or an improvement in the pre-existing pathology. The anatomy didn’t define the pain. The truth is that abnormal findings on MRI often have no bearing on the acute source or course of a patient’s distress. There are very few indications for an emergent MRI scan, and severe back spasm isn’t one of them

Realizing this, the American College of Physicians and the American Pain Society developed some evidence-based guidelines on which patients to image. Released in 2007, here’s what they said:

Here, “nonspecific” means that the pain is not due to a readily-identifiable source—it could be muscular, it could be arthritic, it could be disc related, or a combination thereof. This category encompasses roughly 85% of all episodic low back pain (e.g. “I threw my back out.”).

“Red flag” patients are a different kettle of fish and include those with significant trauma, unexplained weight loss (possible malignancy), a known history of cancer (possible metastasis), unexplained fever (possible spine infection), immunosuppression and/or prolonged steroid use, IV drug abuse, age greater than 70, patients with progressive neurologic deficits, or pain lasting 6 weeks or longer. Of these, chronic pain is by far the most common “red flag,” although MRI scanning in this subset rarely reveals a surgical problem. 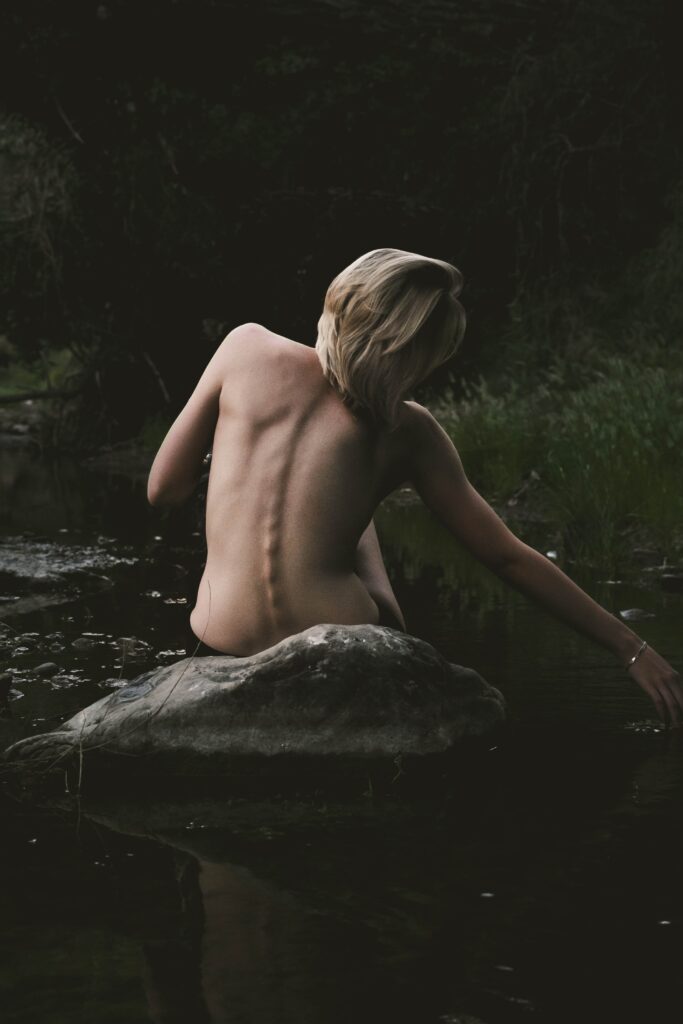 So what if you’ve had 6 weeks of pain and your MRI demonstrates spinal impingement due to a herniated disc? Should you have surgery? A 2008 trial published in the New England Journal of Medicine randomized nearly 300 patients with lumbar stenosis to either surgical or nonsurgical treatment. Researchers then measured pain, function, and disability at various intervals for up to 2 years. The surgical patients had more than double the improvement on a 1 to 100 disability score than their non-surgical counterparts. This seems really impressive until you look more closely at the study. Although patients were randomized to surgical or non-surgical treatment, they weren’t compelled to stay in their assigned groups and many of them didn’t. A third of the patients assigned to surgery never had the procedure, while more than 40% of the patients assigned to the non-surgical group crossed over and had the surgery anyway. The trial wasn’t blinded; patients obviously knew whether or not they had undergone surgery, and this is where it gets good because the added benefit was only seen in the cross over patients. The patients who stuck with their original assignment (surgery/no surgery) fared equally well. The added benefit was only seen in the patients who believed surgery was the better treatment option and subsequently crossed over from the non-surgical group to have the procedure. This means that the act of surgery, in and of itself, must confer a huge placebo benefit. There is precedent for this, as trials comparing sham surgery—with anesthesia and incisions but no actual treatment—worked just as well as real surgery for both medial meniscus tears and osteoarthritis of the knee. I suspect that if anyone can get a similar protocol past an internal review board and recruit enough patients, he will find the same is true for many—if not most—back surgeries.

Next up: treatment—what works, what doesn’t, and how to tell the difference?