People are hard wired to seek out associations, ranging from the simple (gravity hurts!) to the sublime (God exists!). This isn’t a bad thing. In general, it’s protective. Food that smells bad might make us sick; a rattling snake might bite us. The problem comes when people assign cause and effect to associations where no such causal relationship exists. For example, several earlier studies reported that being thin was associated with decreased life expectancy compared to being moderately overweight, leading many to conclude that carrying around a spare tire wasn’t unhealthy after all and might actually be a good thing. Hooray, meet you at McDonald’s to celebrate! Not so fast, amigo. Turns out that sick people (e.g. those with cancer, emphysema, AIDS, dementia etc.) are also more likely to be thin and die sooner. Better designed studies accounting for the presence of metabolic wasting diseases, found no such association. Turns out there is no survival benefit to being overweight and even a few extra pounds work against us. In this case, not only was there no cause-and-effect relationship between being overweight and living longer, there wasn’t even an association.

It’s often difficult to distinguish between what is true from what we believe to be true. And this difficulty lies at the heart of the debate on fish oil and brings me to the Japanese paradox. The Japanese smoke at a rate 1.5-times higher than Americans, while also consuming far more dietary salt (4,500 mg versus 3,600 mg/day), yet demonstrate an age-adjusted, cardiovascular mortality rate less than half that of our own. They also live longer overall, on average 4.4 years longer than we do. So how to reconcile these seemingly health-averse behaviors with the fact of living longer with less heart disease? In addition to smoking more and consuming more salt, the Japanese eat a lot more rice and fish than Americans, and consume about 25% fewer daily calories. Is it the rice, the fish, the calories, or none of the above that offsets the extra smoking and salt? No one knows, but there are plenty of people betting on fish oil, willing to sell it to you for a price. 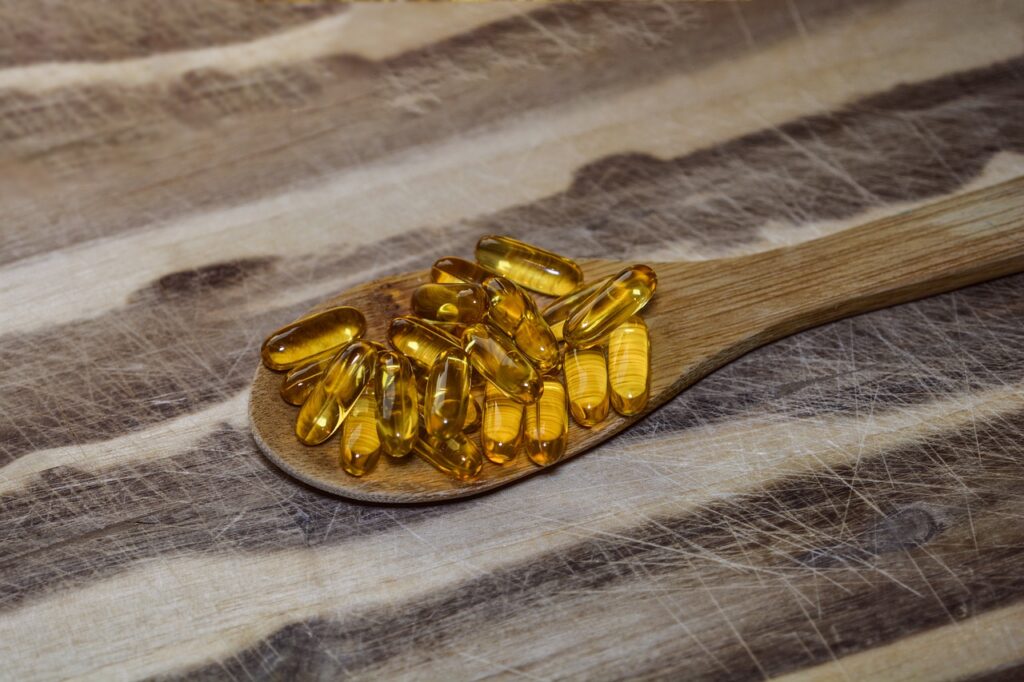 A few facts: the typical Japanese diet includes about 3 ounces of fish daily, while the average American consumes fish just 1 to 2 times a week. Nutritional studies show that the average daily intake of omega-3 fatty acids from fish is 1.3 gm. in Japan, compared to just 0.2 gm. here. This association (higher fish oil, higher life expectancy) has been verified in a number of observational studies that, in turn, have led a lot of people to assume that a cause-and-effect relationship exists. (But be careful, remember that the Japanese also smoke more, and nobody believes that a cause-and-effect relationship exists between smoking and living longer.) It takes an RCT (randomized controlled trial) to demonstrate causation, and most of the data on fish comes in the form of observational trials.

What’s the difference? In RCTs, participants are randomly assigned to either a treatment or control group. Randomization reduces bias by making the groups as equal as possible with respect to patient characteristics that might affect outcomes. Factors like age, sex, and race should be equally represented in the two cohorts, and thus, at least in theory, the only difference between them is the treatment assignment. To further reduce bias, the non-active treatment group should receive a placebo, and both patients and doctors “blinded” as to who received what intervention. If the treatment results in a statistically significant difference (i.e. one that did not occur through chance) in some measurable outcome versus the placebo, then it’s likely that the treatment caused the effect. In contrast, observational trials are not randomized, and instead simply observe whether a difference in outcome occurs over time with, or without, a specific intervention. Because confounders are not controlled for, observational trials are more susceptible to bias and erroneous conclusions. As regards to fish oil, an example of the former might be a trial where patients with known heart disease taking similar medications are randomized to take, or not take, a fish oil supplement and then followed over time to determine which group suffers fewer heart attacks, whereas an example of the latter might be a study comparing the incidence of heart attacks in Japan versus America. In practice, observational trials are employed to generate treatment hypotheses (what might work), later verified through RCTs (what does work). In cases where trials involve too few patients to draw an accurate (i.e. true) or reliable (i.e. reproducible) conclusion, the results of multiple trials are sometimes compiled into a single large review known as a meta-analysis. Of course, the conclusions of meta-analyses will only be accurate if the individual study trials are similar enough to allow comparison. Otherwise, it’s a case of garbage in, garbage out.

Before reviewing the data, a little background on fish oil, specifically the omega-3 fatty acids DHA (docosahexaenoic acid), and EPA (eicosapentaenoic acid). Omega-3 fatty acids are part of a larger group of compounds referred to jointly as PUFAs (poly-unsaturated fatty acids) that also includes ALA (alpha-linolenic acid), a plant-based compound found in many common health foods like flax seeds, walnuts, soybeans, and canola oil. It should be noted that the 2 classes are not equivalent. Plant-derived omega-3s have not been associated with reductions in cardiovascular mortality, so if you do decide to take an omega-3 supplement, make sure that it includes fish oil (DHA and EPA). Most supplements are derived from algae, krill, and inexpensive fish like sardines and anchovies, whereas most dietary intake comes in the form of fatty fish like salmon, tuna, halibut, and mackerel. 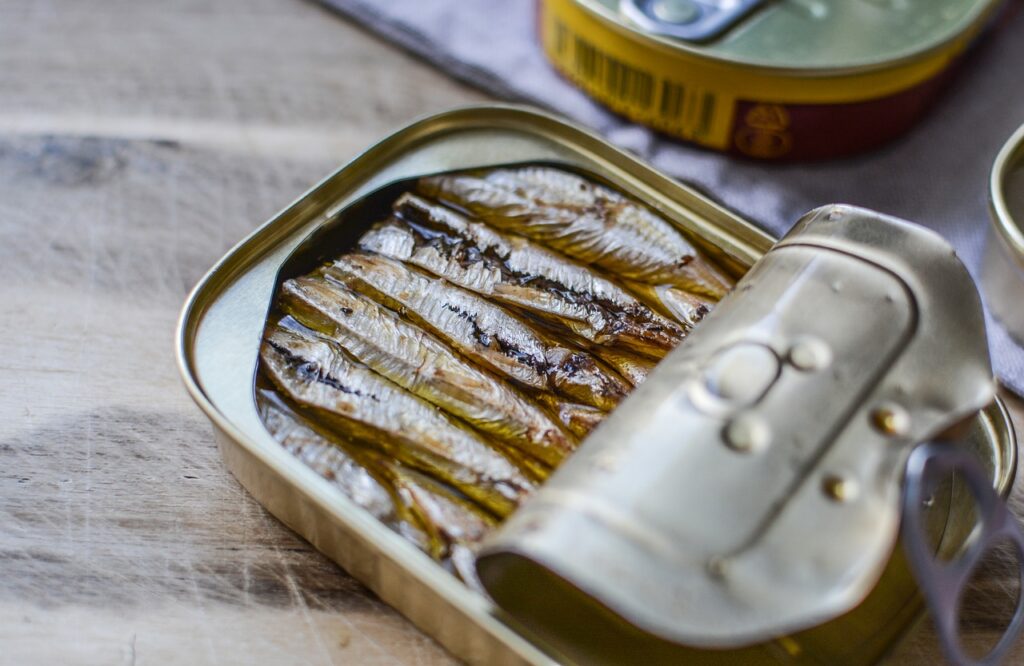 Fish oil has been advocated to treat everything from atrial fibrillation to kidney disease to Alzheimer’s dementia to ADHD and psoriasis. Try Googling fish oil. It’s a miracle! But precisely how fish oil exerts its physiological effects on so many dissimilar diseases has yet to be worked out, leading one to conclude that the marketing of fish oil bears an uncanny resemblance to the marketing of snake oil—a little science, an observed association, followed by a host of cause-and-effect speculation. There’s something fishy about fish oil. 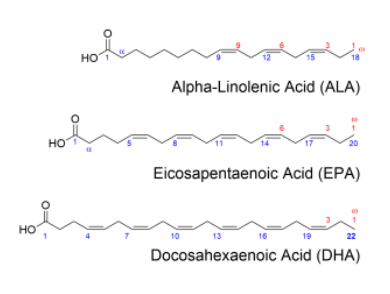 Here are a few things that we know: 1) Fatty acids are key components of cell membranes; 2) The transport characteristics of membranes are affected by their composition; 3) The dietary intake of omega-3 fatty acids has the ability to alter the fatty acid composition of membranes; 4) Omega-3 fatty acids are capable of lowering serum triglycerides and altering the composition of LDL-cholesterol; 5) Omega-3 fatty acids, like EPA, exert hormone-like effects on the mediators of specific biologic activities like platelet aggregation, smooth muscle contraction, and inflammation. But whether these effects translate into tangible health benefits like fewer heart attacks is an altogether different question.

Early observational trials showed a clear benefit to eating fish. For instance, a 1985 Dutch study noted a significant reduction in cardiovascular mortality in regular fish-eaters compared to non-fish eaters, a finding supported by other trials that culminated in a 2006 review reporting a 36% reduction in cardiovascular death in people eating just 1 to 2 servings of fish per week versus those who didn’t consume fish. Impressive, and a larger benefit than achieved with aspirin, blood pressure medicines, or statin drugs! The data also suggested that the benefit was primarily—if not completely—due to the amount of omega-3 fatty acids (DHA and EPA) contained within the fish. People paid attention and currently there are more than 18.8 million Americans taking fish oil supplements. But when observational data looks too good to be true, it almost always is.

Then, along came the RCTs (randomized controlled trials). At first, they, too, appeared promising. A large Italian study found that fish oil cut the relative risk of death by more than a third during the first 3 months following a heart attack. Although this sounds impressive, the absolute mortality benefit was just 0.5%, meaning that 200 people required treatment to prevent one death. In 2008, an even larger Japanese trial on fish oil that looked specifically at statin-taking patients with elevated cholesterol, found a small absolute reduction of 0.7% in adverse cardiovascular events over 4.6 years of follow up. Not great but not terrible. In other studies, fish oil has been reported to lower fasting triglycerides by 20-50%. Pretty good! But not all the trials have been positive. In a 2012 trial, published in the New England Journal of Medicine, fish oil had no effect on cardiovascular death in a large cohort of diabetic patients, and, in another trial published the following year, fish oil failed to show benefit in patients with multiple risk factors for heart disease.

You get the idea; there might be a small benefit—at least in certain high-risk populations—but it’s not very impressive. What about people not at high risk? Should every Tom, Dick, and Harry take a fish oil supplement? The answer is no. In 2017, the American Heart Association’s Science Advisory Panel released their take on the issue. There were only 2 groups where the evidence was deemed adequate to make a recommendation in favor of fish oil: patients with a history of congestive heart failure, and those with known coronary artery disease. As to the general population, Dr. David Siscovick, chair of the panel that authored the guideline, said, “We cannot make a recommendation to use omega-3 fish oil supplements for the primary prevention of cardiovascular disease at this time.” Strong negative statement from an organization that typically recommends aggressive treatment for everything. Since then, a large meta-analysis of nearly 78,000 patients found no benefit to taking a fish oil supplement to prevent cardiovascular death or heart attack. A final nail in the coffin came just a few months ago, when the authors of a Cochrane Collaborative review on the topic concluded that: “Moderate- to high-quality evidence suggests that increasing EPA and DHA (fish oil) has little or no effect on mortality or cardiovascular health.”

As to claims that fish oil can prevent dementia, treat bipolar disease, or increase focus in kids with ADHD, the data is even less compelling. Just say no. Still, there are some who might benefit from fish oil. I would recommend it to a patient, in the short term, immediately following a heart attack, and also, in the long term, to someone with high triglycerides wishing to avoid taking statin drugs. Otherwise, not so much. As for me, I’ve abandoned the fish oil supplement I used to take, although I continue to eat at least two servings of fish per week, and so should you. It tastes great, is a wonderful source of protein, and just might convey some additional health benefits. As to the Japanese, I suspect their longevity is more attributable to a system of universal healthcare, quality education, and widespread utilization of healthcare resources, than it is to eating a lot of tuna. The Filipinos, who also eat a lot of fish, share no such luck with their island neighbors. Their risk of heart disease is even higher than ours. 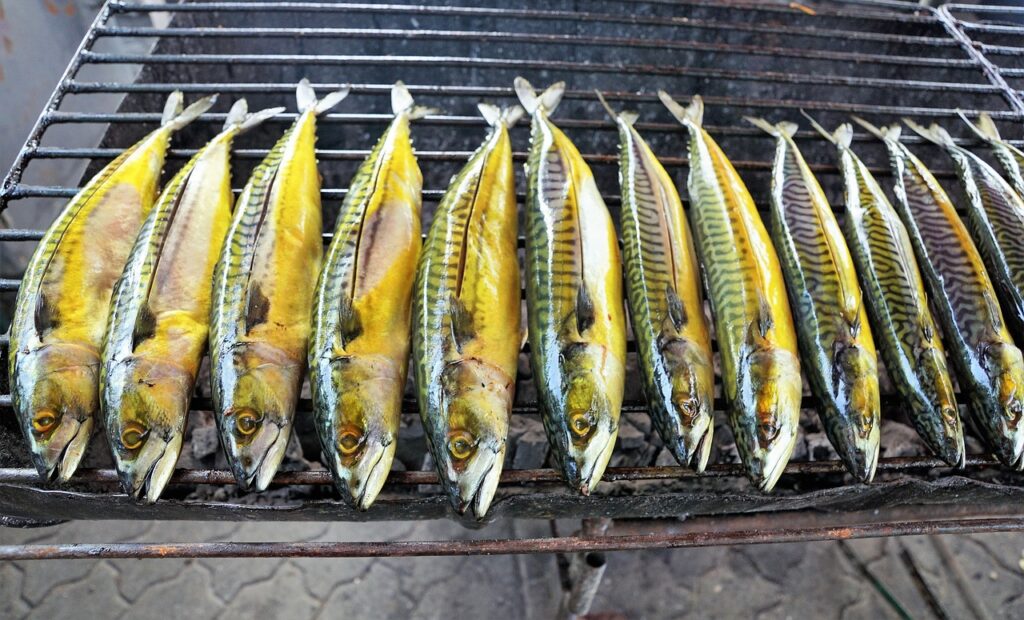 One thought on “I’m skeptical about … fish oil.”