(Note: Although this is a medical blog, I feel this still deserves a place here, as gun violence is unquestionably a public health issue.)

Having slogged through a good number of posts on gun violence since the latest school shootings, I haven’t encountered a single novel argument for, or against, gun control. The arguments on either side remain conventional and threadbare. After the current round of shouting, expect more “crickets chirping,” right up until the next mass casualty. If there is an exceptionalism to Americans, it lies in our intransigence and inability to learn from others. While the rest of the first-world has universal healthcare, we bicker and leave multitudes to do without. Whereas the nations of Scandinavia work to narrow the inequality gap, we elect officials who strive to widen it further. Long after other nations have enacted legislation ultimately proven to have kept their children safe, we continue to cringe, blame, deflect, and debate to no effect. Nothing has been tried. Nothing has been done. Research on the matter was effectively banned by Congress in 1996. How did this happen?

Let’s start by acknowledging that America is, at its core, a Liberal Democracy. Here the term liberal does not pertain to a position on the political spectrum, but rather references ours as a nation of law, tempered by the will of the people through a working democracy. The Constitution and its amendments are dynamic, open to interpretation and susceptible to change. Indeed, much of the wording is purposefully vague. A static inflexible document, precise in meaning, requires no court to interpret it. Thankfully, that is not our system, but there are downsides to our form of law and governance. Dissenting viewpoints arise in direct proportion to the degree of ambiguity contained within the law. Famed 18th-century jurist, Jeremy Bentham, correctly noted that “Every law is an infraction of liberty,” while also observing that, “The power of the lawyer is in the uncertainty of the law.” Over the intervening two centuries since those words, much has changed although a good bit of uncertainty remains

When it comes to the intent of the Second Amendment—”A well-regulated Militia, being necessary to the security of a free State, the right of the people to keep and bear Arms, shall not be infringed”—it seems unlikely that Americans will ever arrive at a consensus. But that doesn’t mean we need be held hostage by our divergence. To the contrary, the blame for our Legislature’s inability to act in accordance with the will of the people on this issue lies not with the Court’s interpretation of the Second Amendment, but rather with its interpretation of the First.

When ratified as part of the Bill of Rights, the First and Second Amendments were put forth primarily to protect individuals from their own government, explicitly stating what Congress may not do. The first begins: “Congress shall make no law respecting an establishment of religion, or prohibiting the free exercise thereof; or abridging the freedom of speech, or of the press.” As to the Second, the purpose of a militia at the time was to protect the citizenry, not just from Native Americans, slaves, and foreign invaders, but specifically from feudal forms of government. The essence of the Amendments was to guarantee protection, not by the government but from it. But just as the founding fathers had no inkling that ordinary citizens would one day own semi-automatic weapons under the umbrella of Second Amendment protections, nor could they have imagined that influence peddling by corporations and partisan interest groups would be sanctioned by the Court under an interpretation of the First. 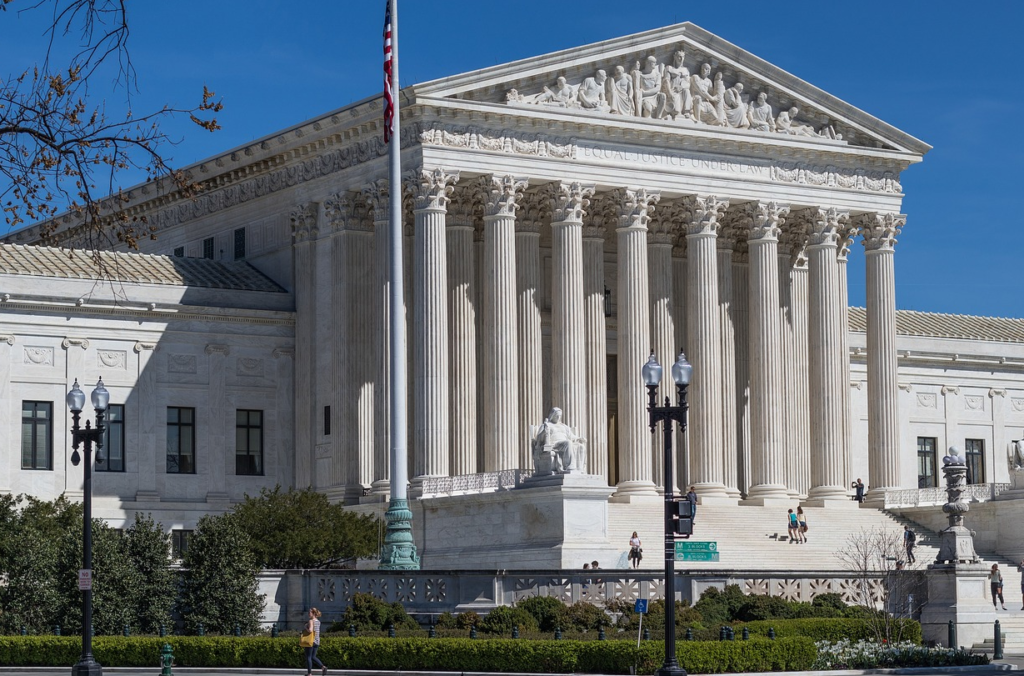 Lobbying, once considered beneath the dignity of all good men, is now simply the way business is done. Achieving ascendancy during the Reagan Administration, the power of lobbyists reached a zenith in 2010, when the Supreme Court found in favor of Citizens United vs the FEC (Federal Election Commission). To summarize: The Court upheld the right of a conservative, politically-active, non-profit (Citizens United) to air an unflattering film about candidate Hillary Clinton in close proximity to the Democratic national primary. The ruling overturned aspects of the 2002 Bipartisan Campaign Reform Act (BCRA, also known as McCain-Feingold), that forbade unions and corporations to air “electioneering communications” that mentioned candidates by name before large radio or television audiences within 60 days of a general election or 30 days of a primary.

At first glance, it might seem obvious that outlawing such advertisements represents a violation of “free speech,” but the repercussions of the decision were huge and certainly well-recognized by the Court at the time. The decision followed party lines with conservative judges deciding the majority. The most notable component of the ruling was that corporations, defined by the Court as associations of individuals, were afforded protection under the First Amendment, freeing them to spend unlimited funds in the promotion or defeat of a candidate. While the ruling did not replace FEC limits on the amounts that individuals and corporations could give directly to candidates, it opened the floodgates for unlimited contributions to the super PACs that have come to dominate the political process. According to a Wesleyan Media Project report, PACs were responsible for more than 90% of the ads aired during the most recent presidential election cycle.

This is influence peddling, plain and simple, bought and paid for by corporations to our detriment. Speaking to this point in his dissent, Judge Stevens opined, “The Court’s blinkered and aphoristic approach to the First Amendment will undoubtedly cripple the ability of ordinary citizens, Congress, and the States to adopt even limited measures to protect against corporate domination of the electoral process. Americans may be forgiven if they do not feel the Court has advanced the cause of self-government today.” Certainly, Stevens’ warning rings true as our electoral system is now fully prostrate before the alter of corporate largesse. Per FEC filings, a mere 20 super PAC donors contributed more than $300 million during the most recent election cycle, accounting for roughly a third of the total. This represents an astonishingly dangerous threat to our democracy. No matter which party receives the majority of the cash, both are held hostage, and so too, we the voters become enslaved.

Returning now to our nation’s peculiar inability to deal with gun violence, the NRA’s role becomes obvious. Per a Washington Post database of political contributions, between 1998 and 2017, the NRA chipped in more than $203 million in direct and indirect monies to influence the political process. This money is going for causes that the majority of Americans don’t support. In a Politico poll conducted in the aftermath of the Las Vegas shootings, 88% of responders favored universal background checks on all gun sales; 87% agree with banning gun sales to people who have been reported to law officials as dangerous by mental health providers; 83% favor preventing sales to those who have been convicted of violent crimes; 82% support barring sales to anyone on federal “no-fly” lists. Although different polls have arrived at different results, there is a majority support in every poll for stricter access to guns, a majority far greater than that enjoyed by any of our elected officials. Regardless of your personal feelings on the issue, certainly we can agree that a democracy can only function when the voice of the majority is heard in the halls of Congress. 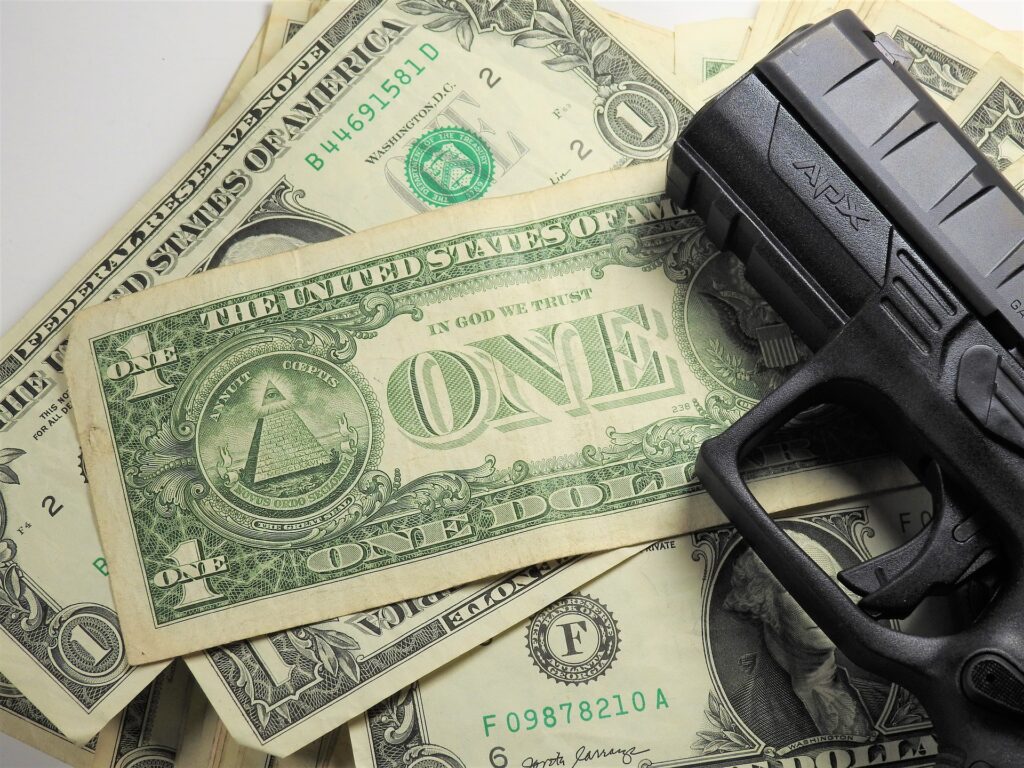 While we remain a nation of Law, our Democracy no longer belongs to “We, the People…” It has been sold to the highest bidder, and this extends far beyond gun control. Our democracy fails us when it comes to healthcare, progressive taxation, infrastructure, and college funding to name just a few. Of the 100 organizations that spend the most on lobbying, 95 represent corporations, and despite what you might have heard from Mitt Romney, corporations are not people. Their interests align with ours only to the extent that it enriches their shareholders. With jobs shipped overseas and manufacturing companies flailing, the days of doing good while doing right are as dead as John F. Kennedy.

As it turns out, the will of the people now means next to nothing to influence the outcome of legislation. In an interesting article in this month’s Atlantic (“America Is Not a Democracy,” March, 2018), the author points to a study published in 2014 wherein two college professors, Martin Gilens and Benjamin Page, reviewed the predicted effects of various groups on the outcome of 1,779 policy issues decided by Congress and the executive branch over the last two decades. Economic elites (i.e. the very wealthy) were able to push through favorable legislation about half the time, while stopping unfavorable legislation nearly all the time. Meanwhile, the effect of the individual mattered nary a hair. “When the preferences of economic elites and the stands of organized interest groups are controlled for, the preferences of the average American appears to have only a minuscule, near-zero, statistically non-significant impact upon public policy,” wrote Gillens and Page. And this finding goes a long way toward explaining why a Supreme Court ruling on the First Amendment has stifled legislation on the Second in defiance of the will of the people.

It’s unlikely that the Supreme Court will reverse its opinion on Citizens United anytime soon, particularly given a more conservative bench with the appointment of Neil Gorsuch. Simply electing a different batch of politicians will likely have little effect unless the system that elected them also changes. This requires campaign finance reform in a big way, but with so many pigs gorging themselves at the trough, there is scant room for a little piglet to eat. Push in anyway. Stop the gerrymandering. Support campaign finance reform. Vote for politicians willing to compromise. There needn’t be universal consensus—in a democracy a simple majority will do.